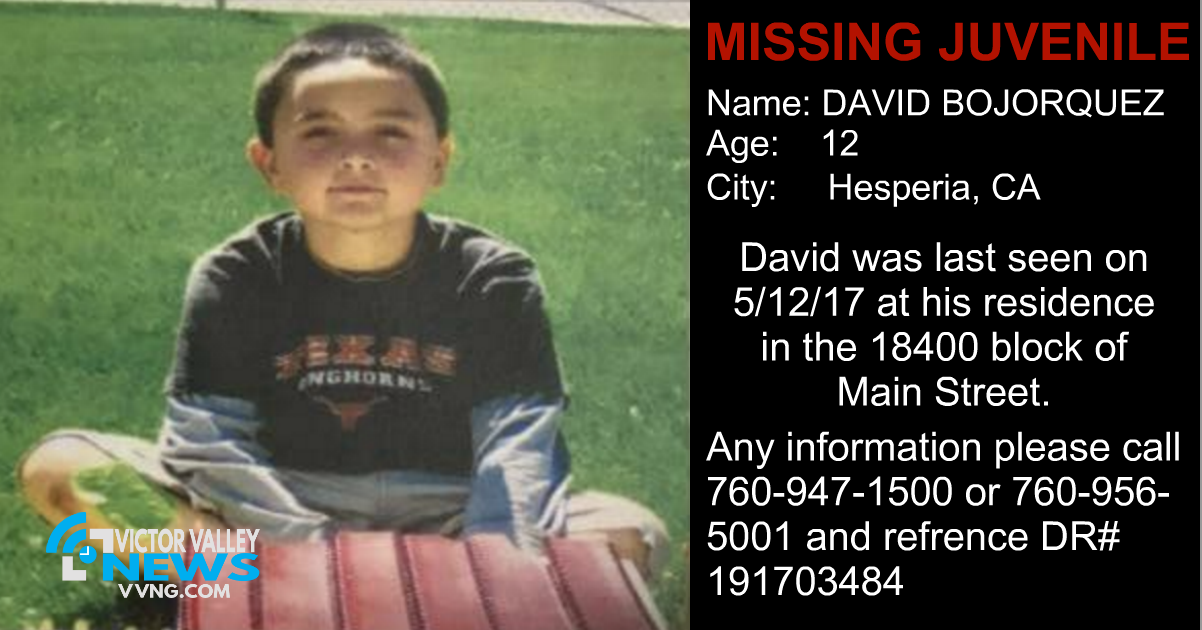 UPDATE @ 7:55 PM : 12-year-old David Bojorquez has been located and reunited with his family.

HESPERIA, Calif. (VVNG.com) The Hesperia Police Department is asking for the public’s help in finding a juvenile reported missing.

“David reportedly left his home after becoming upset after being informed that his school has sent home a letter stating he would need to attend Summer School,” according to a sheriff’s press release.

Authorities say David does not have any medical condition.

Police have searched the surrounding areas and have gone door to door passing out flyers with the missing boy’s face.