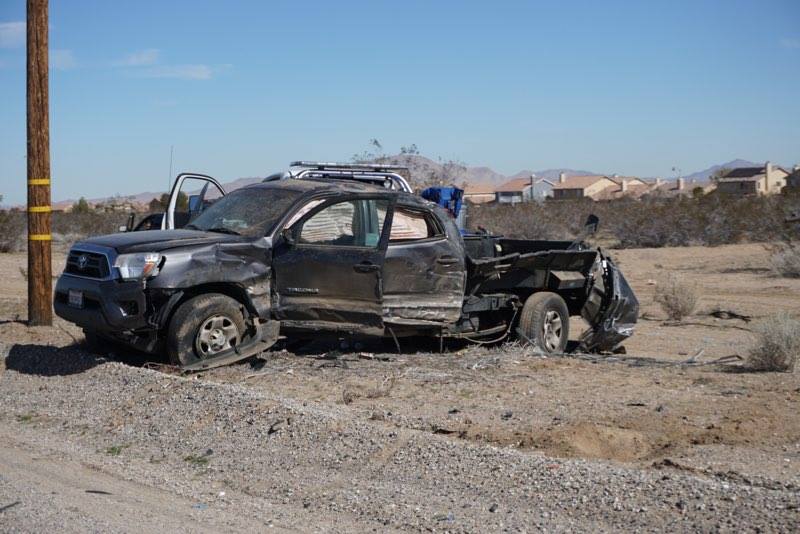 VICTORVILLE-(VVNG.com):  At least one patient was transported after a two-vehicle hit-and-run traffic collision on Wednesday morning. Deputies as well as medical personnel were dispatched to the traffic collision located on Highway 395 just north of Bear Valley Road just after 9:35 a.m.

When deputies arrived they located a grey Toyota Tacoma and a 1998 silver Lexus GS with major damage. The driver of the Lexus fled the scene of the collision heading eastbound toward Cantina Drive.

Deputies conducted a ground and aerial area search but were unable to locate the suspect. The driver was described as a black man, 6’1”, 180 pounds with his hair in a bun or ponytail. Witnesses said that he was wearing a white t-shirt, dark-colored jeans, white shoes and carrying a dark colored bag.

The silver Lexus was impounded and the Toyota Tacoma was towed from the scene at the owner’s request. The collision is still under investigation at this time, anyone that witnessed the collision is asked to contact the Victorville Police Department at (760) 245-4211.