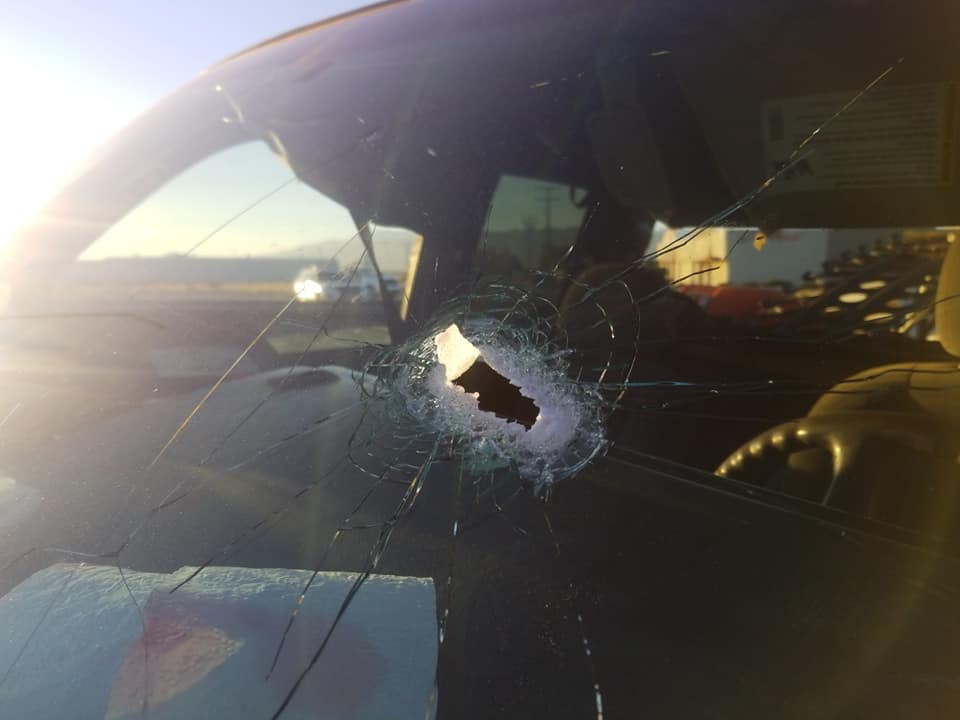 HESPERIA, Calif. (VVNG.com) — Authorities are searching for a suspect who ran following a pursuit that resulted in an officer-involved shooting in Hesperia Tuesday morning.

Sheriff’s spokeswoman Cindy Bachman tweeted about the incident at 9:51 am and said detectives are investigating a deputy-involved shooting after a pursuit.

Details on what led up to the pursuit involving a blue Chevy pick-up truck with a trailer carrying a generator are currently unknown. However, the pursuit came to an end in the area of Santa Fe and Darwin Avenues in Hesperia.

Samantha Morningstar posted about the incident in the Victor Valley News Group on Facebook and said: “If you live by Mojave High School in Hesperia the cops are chasing a man with a gun right now, stay inside and be safe.”

Andy Aguilar shared photos of the truck involved in the pursuit and they showed what appeared to be a large bullet hole through the driver side windshield.

According to Samantha, she saw an African-American male and a Caucasian female exit from the vehicle after it jumped over the railroad tracks and multiple shots were fired.

Samantha said police were only searching for the male suspect.

In her tweet, Bachman said the search for the suspect is ongoing.

Sheriff’s officials did not provide a description of the suspect and did not say if he was armed.

Related Article: Armed and dangerous suspect at large after attempting to run over a Hesperia Deputy