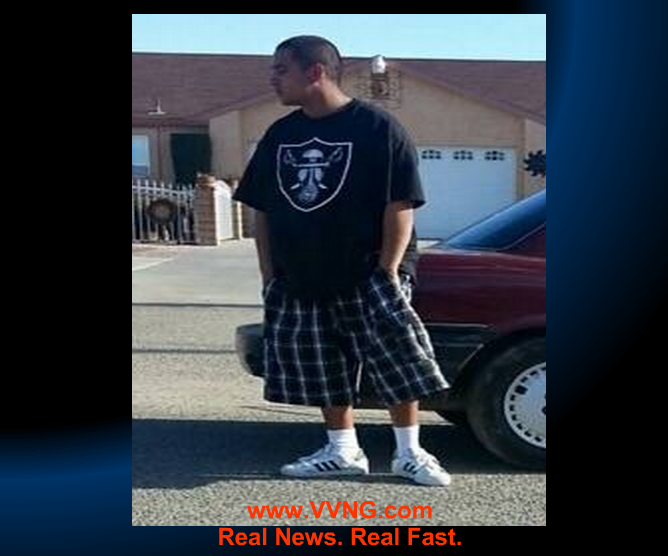 VICTORVILLE:(VVNG.com)- Police are asking for the public’s help in identifying a suspect wanted for grand theft auto and a hit-and-run.

According to authorities, on Monday, January 19, 2015 at approximately 2:18 P.M., a hit and run collision occurred near Cypress Avenue and Lindero Street in Victorville.

An unknown suspect driving a 1991 maroon Toyota Camry collided into an Edison power pole, knocking the pole down. After the collision the suspect fled the scene on foot.

A short time later it was determined the vehicle belonged to a 30-year-old female and was stolen from her residence in Victorville. The stolen vehicle was recovered.

The suspect is described as a Hispanic Male adult, approximately 25-35 years of age, 5’6″-5’9″, 170-180 lbs., with short black hair and no facial hair. The suspect was last seen wearing a black t-shirt, blue and white checkered shorts.

During the investigation it was determined the suspect driving the stolen vehicle also collided into the property of a 61-year-old male, causing damage to the victim’s mailbox and chain link fence.

Anyone with information regarding this incident is asked to contact the Victorville Station, Deputy Reyes at (760)241-2911. Callers wishing to remain anonymous are urged to call the We-tip Hotline at 1-800-78-CRIME (27463) or you may leave information on the We-Tip Hotline at www.wetip.com.