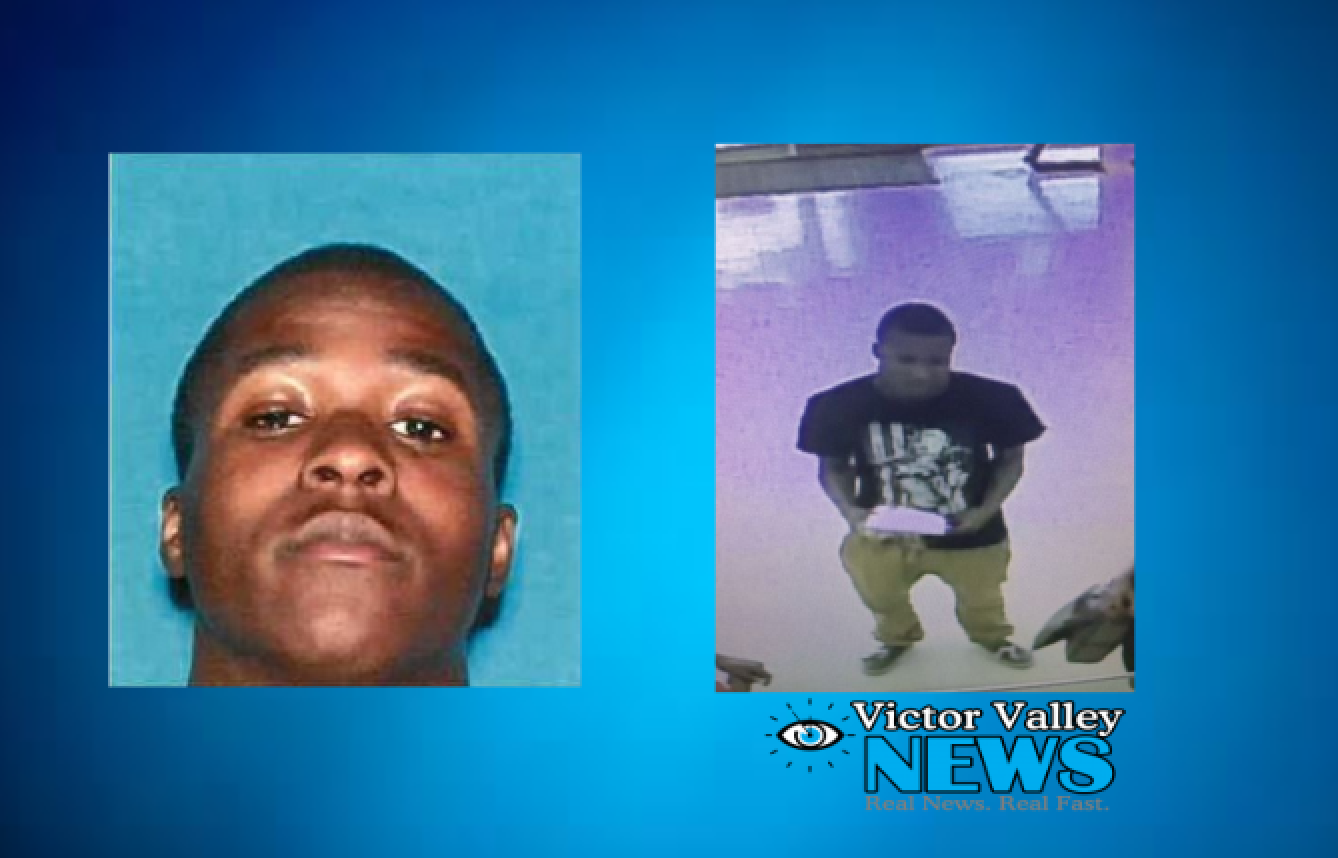 VICTORVILLE-(VVNG.com):  One suspect is arrested and a second remains at large after an assault and attempted robbery on March 25th in the 14500 block of 7th Street in Victorville.

Victorville station deputies were able to determine that the two suspects entered the Smoke Shop and one began talking with the female clerk. As the suspect, later identified as 19-year-old Victorville resident, Daveion Malik White spoke with the clerk the second suspect, 19-year-old Adelanto resident, Kobe Lamar Harvey stood nearby.

White suddenly grabbed the clerk and smashed her head into the counter and subsequently jumped behind the counter attempting to take merchandise. The clerk attempted to stop him, but he struck and threw her to the floor. Authorities said that a witness inside the store began yelling and retrieved a taser from her bag. When the two suspects saw the taser they fled the store.

The information provided assisted the San Bernardino County Probation detectives in identifying the suspects. On April 14th, a search warrant was served in the 15100 block of Roan Circle in Victorville.

During the search, detectives arrested White. He was booked into the High Desert Detention Center for assault and attempted robbery. White has a previous burglary conviction for a June 29, 2015, burglary and was on probation at the time of the incident.

Kobe Harvey is still at large. Detectives are releasing a photograph in hopes that someone will recognize Harvey and contact the Police Department.

Anyone with information about this investigation or the whereabouts of Kobe Harvey is asked to contact Detective Daniel Maddox at the Victorville Police Department at (760) 241-2911. Callers wishing to remain anonymous are urged to call the We-Tip Hotline at 1-800-78CRIME (27436) or you may leave information on the We-Tip website at www.wetip.com.