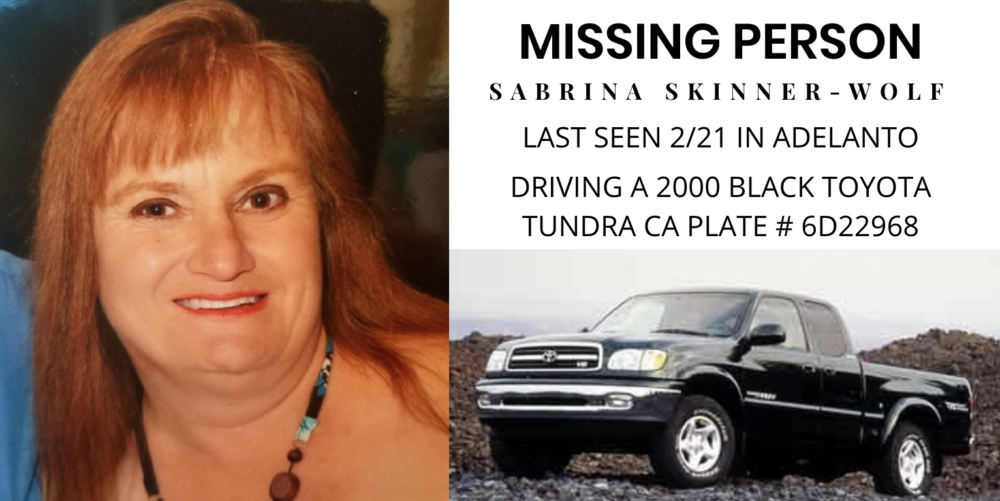 The 52-year-old Adelanto resident was last seen on February 21, 2020, at 8:00 am., and is known to suffer from mental disorders and may become disoriented, officials said.

According to a missing person flyer, Sabrina is possibly driving her 2000 black Toyota Tundra extended-cab truck with CA plate #6D22968 (similar to the vehicle in attached photo).

Sabrina is a resident of Adelanto but is known to visit the Palm Springs, CA area.