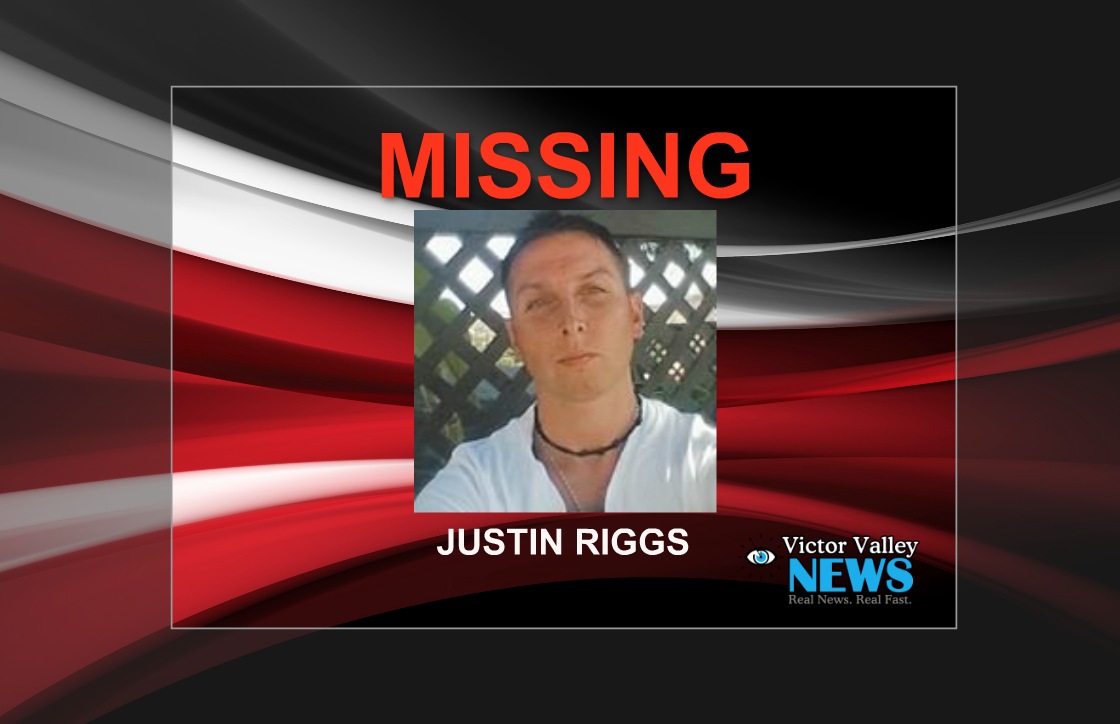 (VVNG.com)- Police are actively searching for a 38-year-old missing man identified as Justin Riggs a resident of Redlands.

According to authorities, Riggs was reported missing on by family members on Thursday, August 13, 2015. He was seen in Redlands on August 13th but is believed to have visited the San Moritz area of Crestline, Ca shortly after.

Riggs is described as a White Male Adult, with green eyes, brown hair, 185 lbs., 6’00″ft., with several scars, marks and a dragon tattoo on his back.