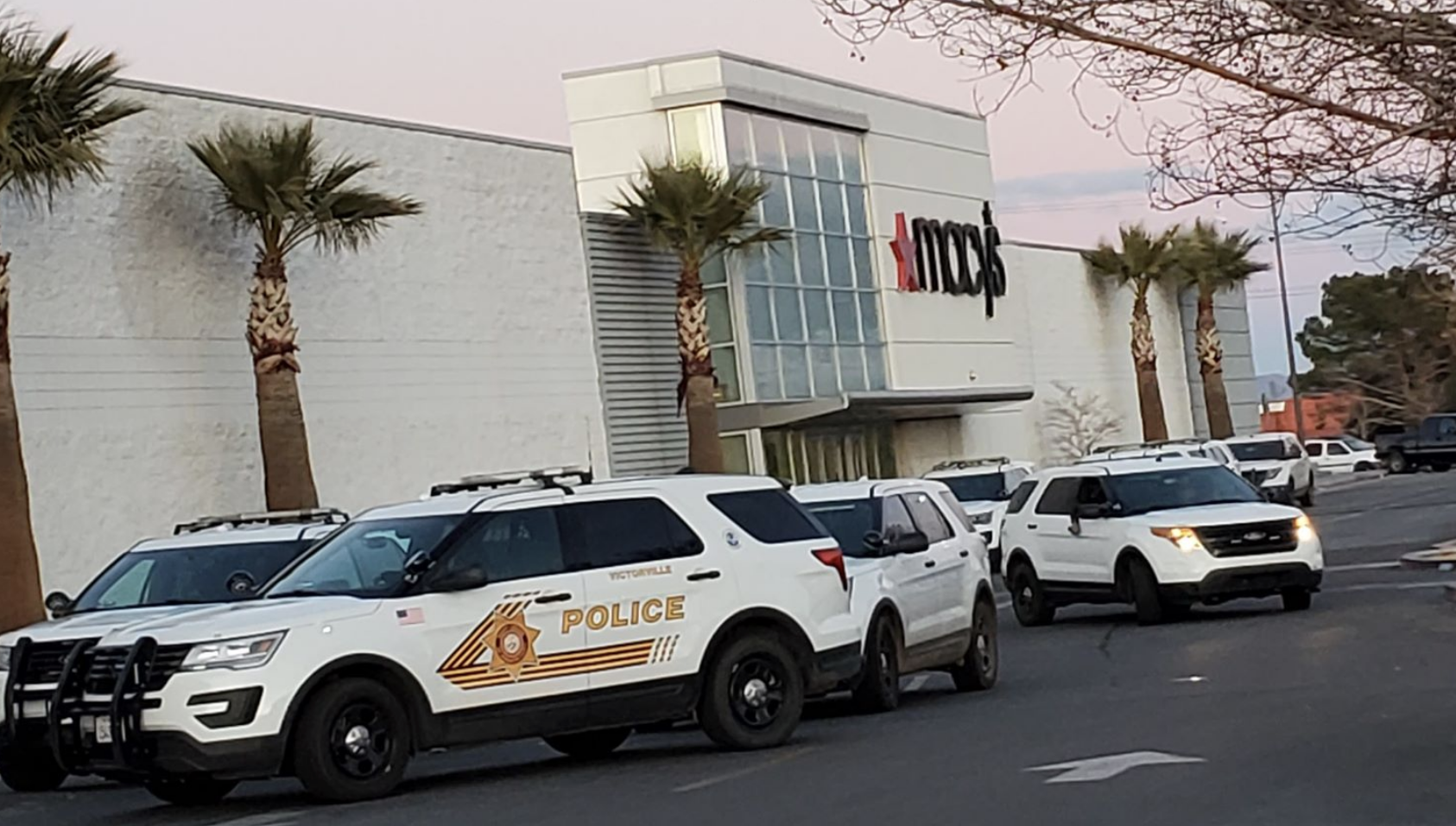 VICTORVILLE, Calif. (VVNG.com) — San Bernardino County Sheriff’s Deputies swarmed the Mall of Victor Valley after receiving a report of a man with a gun inside, officials said.

Sheriff’s spokeswoman Mara Rodriguez told VVNG, there was a report of a man with a gun inside the mall.

Rodriguez said the person reported to have a gun exited the mall and has not been located.

“It is important to note that it has not been confirmed that what the person saw was indeed a gun and no threats were made,” stated the spokeswoman.

The scene at the mall remains very active as deputies continue to search the area in an attempt to find the subject and contact him.

The area of Barnes & Noble seems to be where deputies have focused most of their investigations on.

NB 15 near Nevada reopens; suspect ID’d as murder suspect who killed his mom in Tehachapi