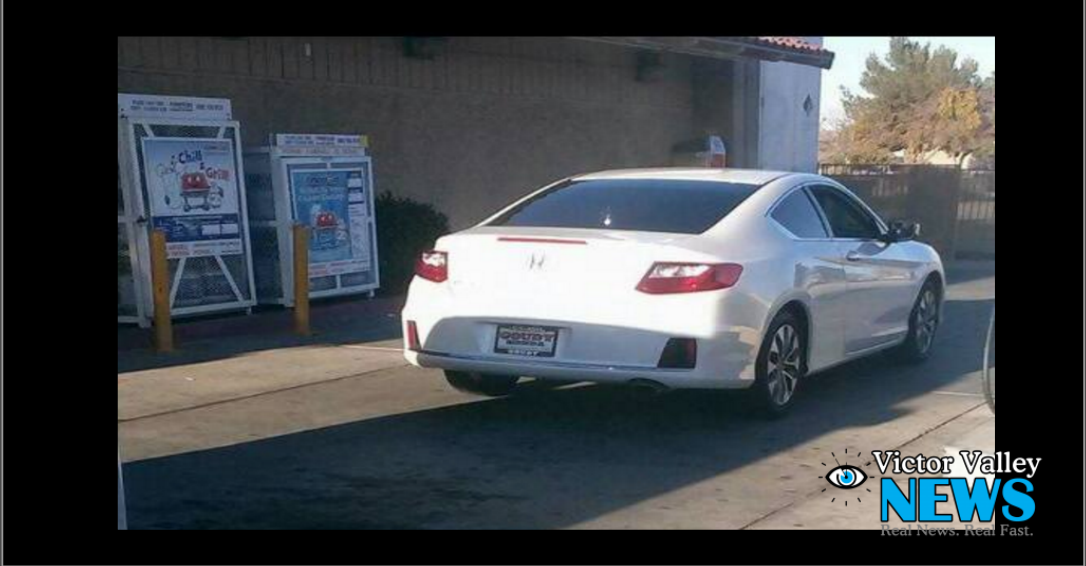 VICTORVILLE:(VVNG.com)- Police are searching for a vehicle in connection with an attempted robbery involving a couple of teenage boys.

According to an anonymous witness, at about 4:30 P.M., on Monday, February 15, 2016, two teenage boys on hoverboards were hanging out near Nick’s Pizza in the Marina Shopping center on the 13200 block of Spring Valley Parkway.

The San Bernardino County Sheriff’s Department, Sgt. Pennington said that preliminary investigation leads them to believe that the man was attempting to take the hoverboards from the boys.

The unidentified suspect is described as a White Male Adult, about 5’10”, approximately 30-years-old, last seen wearing a blue sweat shirt and blue sweat pants. The suspect got into a white Honda Accord with paper plates read “Goudy” and fled the area in an unknown direction.

As of 9:0o p.m. no arrest has been made, but authorities said that they have received some solid leads. Anyone with information is urged to contact the Sheriff’s Department at 760-956-5001.