VICTORVILLE, Calif. — Police are searching for a female suspect wanted after she foot-bailed from a vehicle after a pursuit here Tuesday.

It happened when Deputies A. Medawar and S. Taylor, from the Victorville Police Department, responded to a business in the 14300 block of Bear Valley Road for a reported shoplifting that had just occurred.

While responding to the scene dispatch provided information that the male and female suspects, identified as Gilbert Canales 42, a resident of Riverside and Crystal Hughes, 40, of San Bernardino had entered a blue Honda Civic being driven by a third male suspect, later identified as Christopher Turner, 31 of San Jacinto.

Deputies Medawar and Taylor located the Honda and attempted to pull the vehicle over, activating their emergency lights and sirens.

The driver, Christopher Turner, failed to yield and left the parking lot heading south on Amargosa Road. Deputies continued to pursue the suspects in marked patrol units, as Turner entered southbound Interstate-15 at Main Street. After reaching the bottom of the Cajon Pass, Turner turned around on the dirt shoulder and began driving northbound in the southbound lanes of the freeway. Sheriff’s Aviation, 40K2, took over the pursuit and were able to safely guide patrol units to a private community in Hesperia, where Turner had driven through a security fence and all three suspects fled the vehicle on foot. 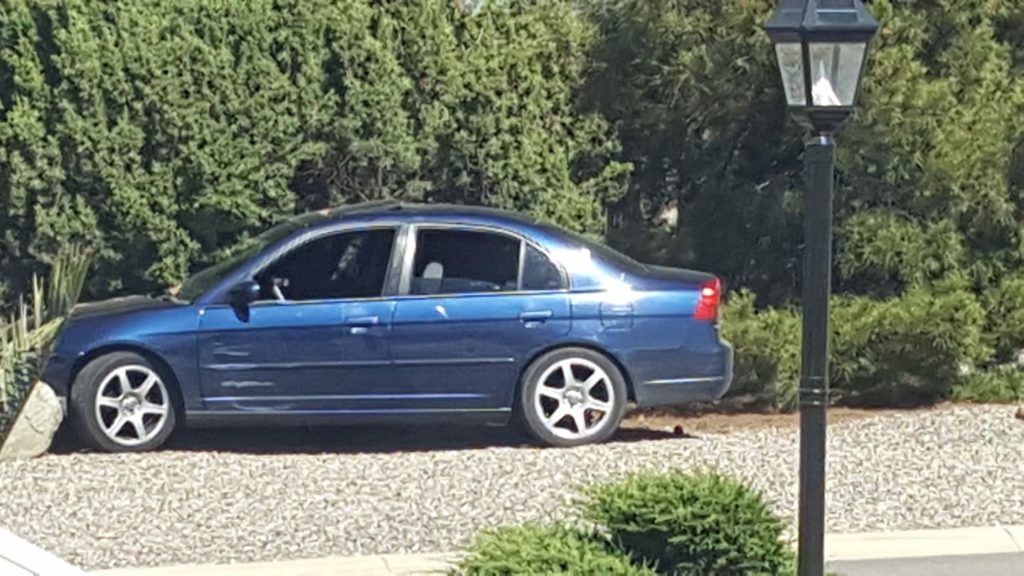 Deputies were unable to locate Crystal Hughes and she remains outstanding. Anyone with information on the whereabouts of Hughes is asked to contact Deputy S. Taylor at the Victorville Police Department, (760) 241-2911 or Sheriff’s Dispatch, (760) 956-5001. Callers wishing to remain anonymous are urged to call the We-Tip Hotline at 1-800-78CRIME (27463) or you may leave information on the We-Tip website at www.wetip.com.