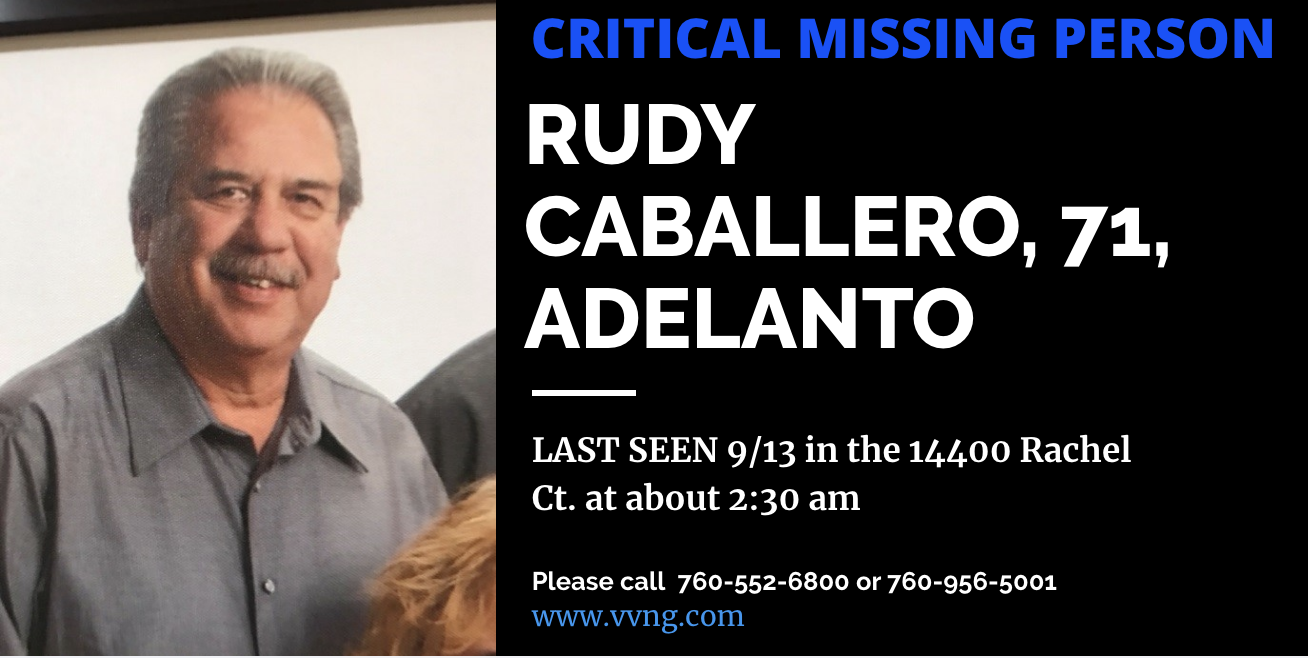 ADELANTO, Calif. (VVNG.com) — The sheriff’s department is asking for help in locating a critical missing senior citizen from Adelanto.

Officials said 71-year-old Rudy Caballero walked away from his home in the 14400 block of Rachel Court sometime during the early morning hours on September 13th.

Caballero is said to experience periods of confusion and delayed understanding which often causes him to transpose numbers.

According to a sheriffs news release, “Caballero walks with an unsteady gait. He does not have a cell phone and is believed to be barefoot. Deputies canvassed the area, but have been unable to locate Caballero.”

Caballero is described as a Hispanic male, 71-years-old, 5’09”, 180 pounds, grey hair and brown eyes. He was last seen wearing a Dodgers shirt with either “Bellinger” or “Kershaw” on the back.

Anyone who may have seen Caballero or knows where he is, is asked to contact Sheriff’s Dispatch at 760-956-5001.