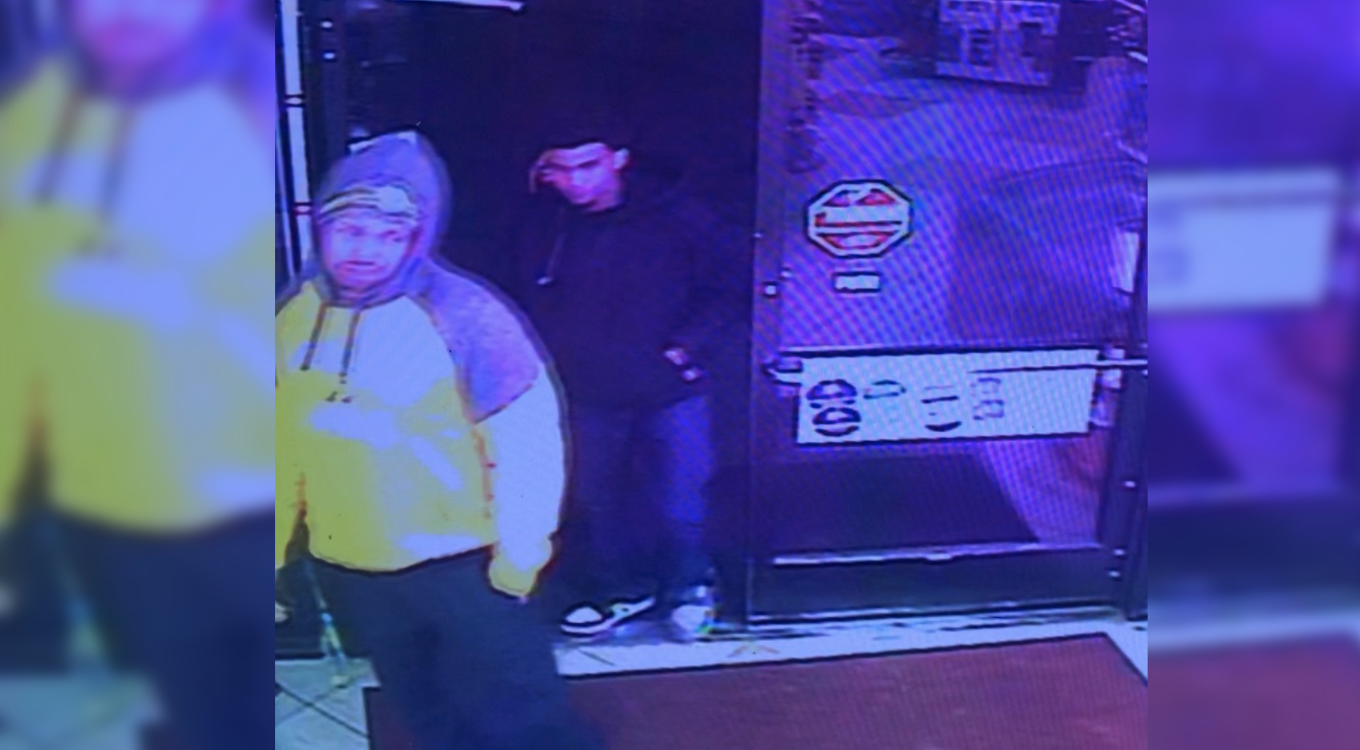 VICTORVILLE, Calif. (VVNG.com) — Authorities are asking for the public’s assistance to identify two males wanted for questioning after allegedly brandishing a handgun at an AMPM employee.

According to a Victorville City Police Department, two men entered the business and one of them began taking small merchandise and putting it in his pockets.

“As the men approached the exit door, a store employee questioned them about the items. At that time, one of the men pulled out a handgun from his pocket and showed it to the employee. Both suspects then walked out of the store. It is unconfirmed at this time whether any merchandise was stolen,” stated the release.