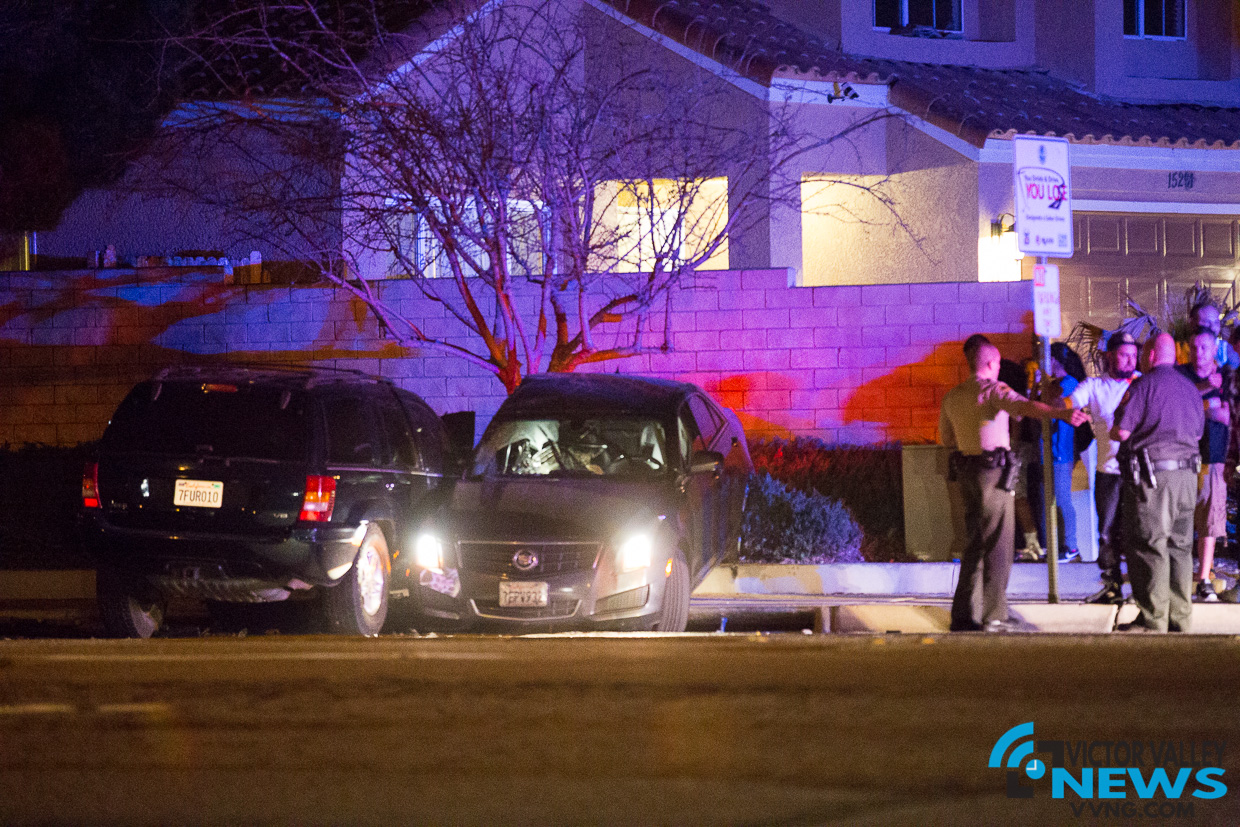 VICTORVILLE- Calif. (VVNG.com) Deputies from the Victorville Police Department are searching for a driver who fled the scene of a crash Saturday night.

On March 11, 2017, at about 7:40 p.m. dispatch received a report of a two-vehicle traffic collision at Mojave Drive and Jeraldo Drive.

Deputies arrived on scene and located a 2000 Jeep Grand Cherokee and a 2014 Cadillac ATS on the sidewalk on the west side of Mojave Drive.

The driver of the Cadillac fled the scene prior to deputy arrival.

Per scanner reports, the driver was seen hiding in bushes before fleeing southbound on Jeraldo Drive.

Deputies conducted a search of the surrounding area and were unable to locate the suspect.

The occupants of the Cherokee did not sustain any major injuries as a result of the crash.

Anyone with information is urged to contact the Victorville Police at (760)956-5001.