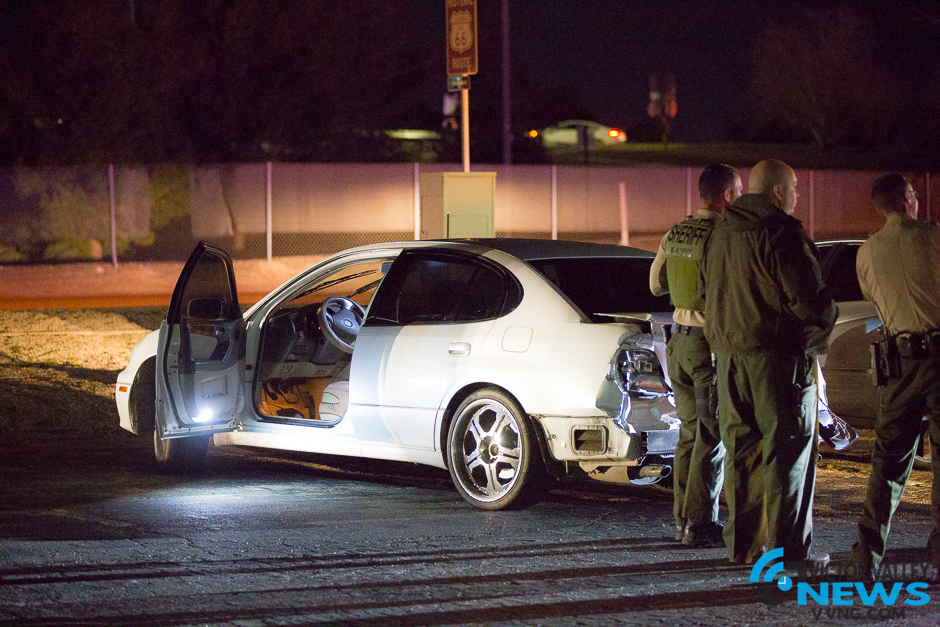 At about 7:30 p.m., a woman called 911 stating two unknown suspect snatched her purse from her cart while exiting the WalMart in Hesperia.

“The suspect, described as a Hispanic male wearing a red hoodie sweatshirt, ran up behind the victim, grabbed the purse and ran, stated Sheriff’s spokeswoman Mara Rodriguez. He was seen entering a white 2000 Lexus GS300 being driven by another male.

The suspect vehicle entered the I-15 northbound and eventually exited at Palmdale Road, per scanner reports.

A witness was able to follow the vehicle, advising Sheriff’s Dispatch of their whereabouts, stated Rodriguez. The men drove the vehicle into the parking lot of the Green Tree Inn where they fled on foot.

Sheriff’s helicopter 40King responded and assisted ground deputies with the search for the suspects. Deputies located the stolen purse in the back seat of the Lexus.

According to Rodriguez no arrest have been made as of Tuesday morning.