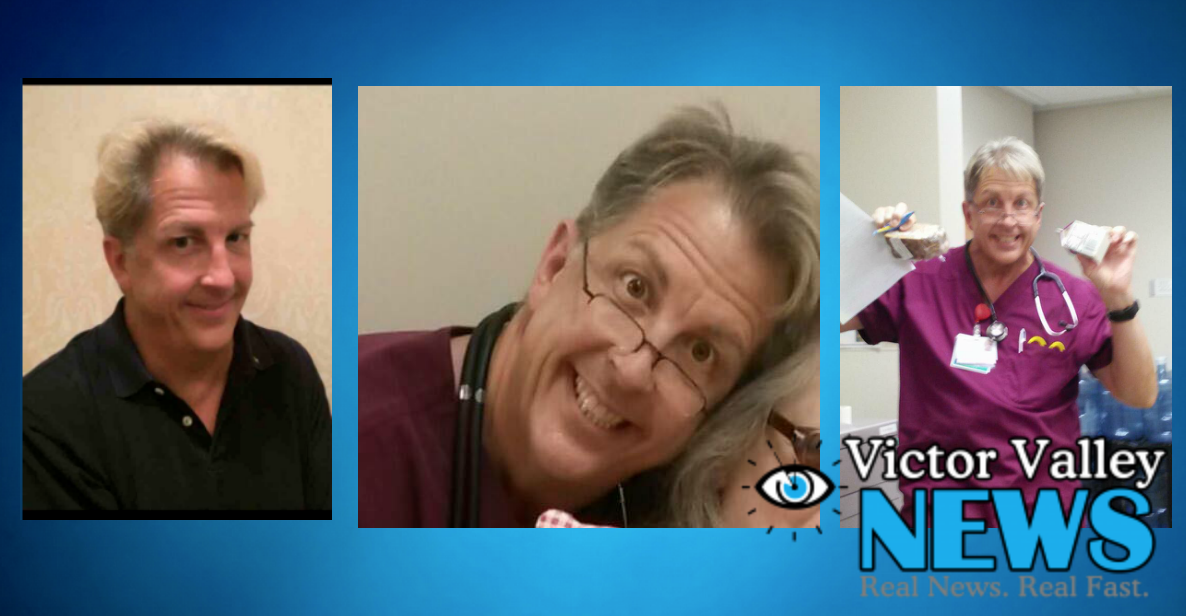 BARSTOW-(VVNG.com): A Helendale man was reported missing on Sunday, July 26th after he did not call in or arrive at work for the 2nd day in a row. Co-workers, at Barstow Community Hospital say that this is not typical behavior for 53-year-old John Christopher Payne.

Payne, an emergency room nurse, left work from his Friday night to Saturday morning shift, which ended at 1:30 a.m. He said goodbye to another nurse and told him he would see him when he was due back at work at 1:00 p.m. on Saturday.

Co-workers immediately began to worry when he did not arrive at 1:00 p.m. and called his cell phone at about 3:00 p.m. The phone was answered, but by a man who was according to co-workers that was not Payne. The nurse calling said “John” and the person immediately hung up. The nurse received a pre-programmed text back saying, “in a meeting”. Another call was made from a close friend of Payne’s and again the man answered and hung up.

The calls since have went straight to his voicemail.

The New Mexico native and Navy veteran, who is now most recently residing in the Silver Lakes area of Helendale drives a brown Mitsubishi Endeavor SUV, license plate #6SOD353, that authorities have been unable to locate. Payne has never been married and not in a relationship at this time. He has no roommate and his parents are both deceased.

Police took a report, labeling him as voluntary missing person which was later changed to endangered. The upgrade came after police being made aware that he was being harassed by a patient and someone witnessing several large men banging on his door the night he went missing saying they were going to kill him.

Payne is described as having gray/blonde hair, blue eyes and is about 6’1 and 175 pounds. If anyone sees Payne or has any information you are asked to contact Det. Libby with the Barstow Police Department at 760-256-2211 or Detective Keith Libby at 760-255-5134.