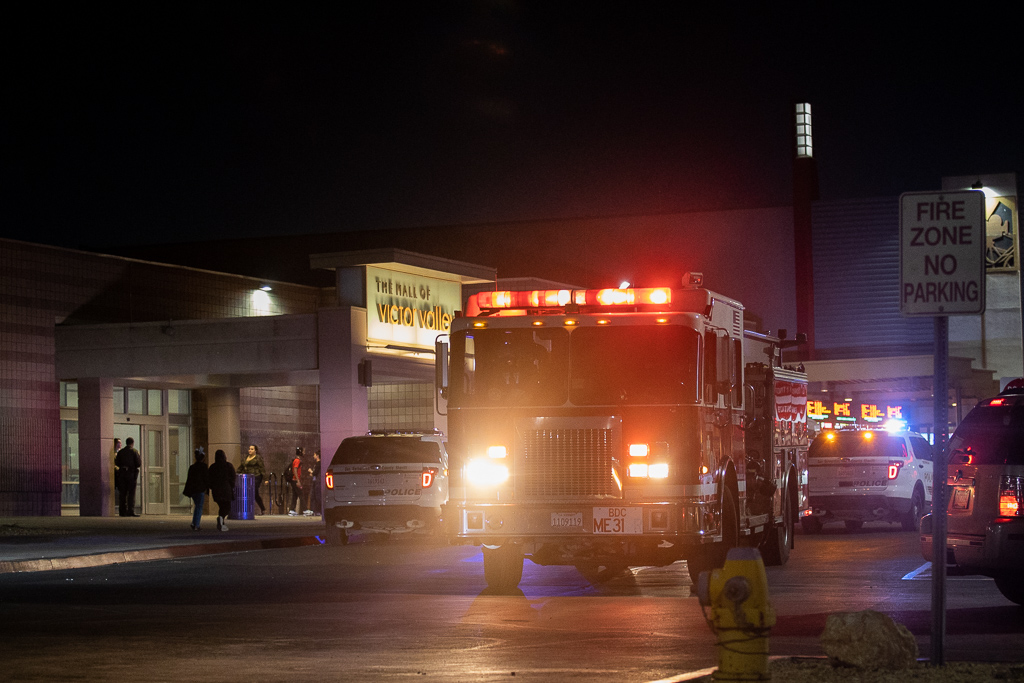 VICTORVILLE, Calif. (VVNG.com) — Two Victorville juveniles were cited after deputies responded to reports of a large crowd fighting in the food court of the Mall of Victor Valley.

A Victorville deputy was alerted to the fight and the first deputy on scene gave orders to the crowd to disburse. Sheriff’s officials said most of the crowd remained against his orders.

According to a sheriff’s news release, “the deputy witnessed a 15-year old black male punch an unknown victim several times and the deputy detained the male. As he was detaining the suspect, a large crowd formed around the deputy causing him to again give commands to disburse. At that time, a 16-year old black male refused to comply with the orders and began pushing on the deputy’s baton, then attempted to take the baton. The deputy used the baton to deliver strikes to the male, in order to keep possession of the baton and ensure the safety of himself and others. The second suspect was detained, and the rest of the crowd fled the location.”