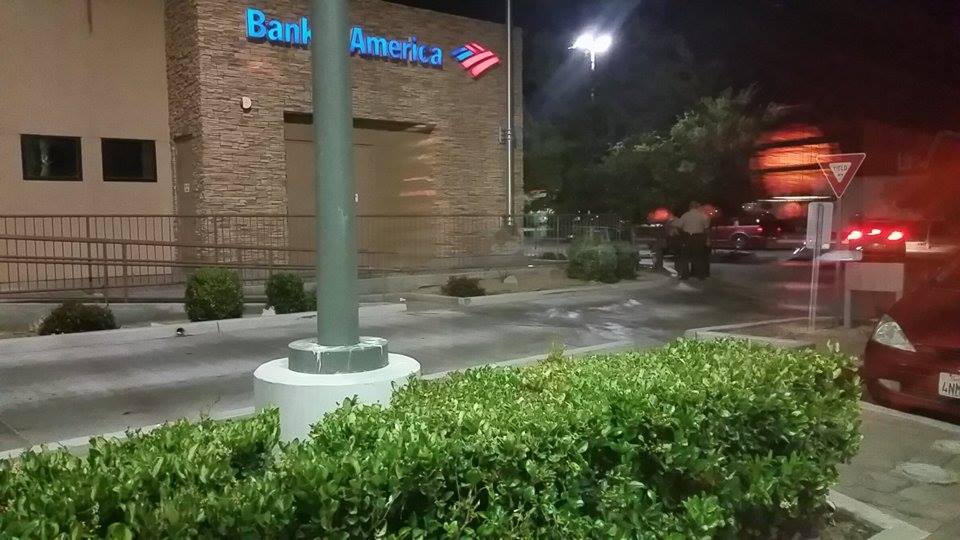 ADELANTO:(VVNG.com)- Police responded to the Bank of America located near the corner of Highway 395 and Palmdale Road following a silent alarm activation.

According to a witness at the scene, police immediately surrounded the building with guns drawn.

Per scanner traffic, after a search of the area officers were unable to locate any signs of forced entry or suspects. As a precaution a Sheriffs helicopter was requested to search the roof of the building.

Police determined the alarm activation was unfounded and cleared the scene at about 8:40 P.M.