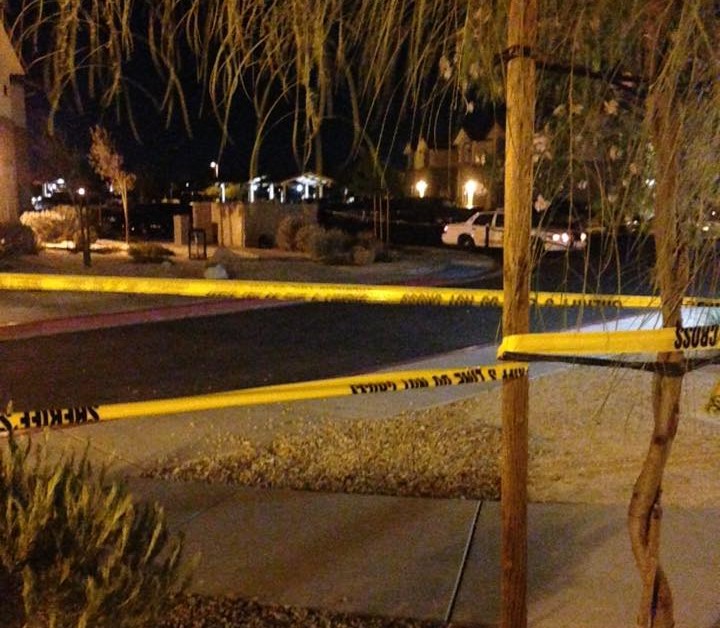 VICTORVILLE:(VVNG.com)- Dispatch received a report of shots fired at the Rancho Seneca Apartments located on the 14700 block of Seneca Road in Victorville. The alleged shooting was reported on Sunday, July, 26, 2015 at 11:00 P.M.

Per scanner traffic, a group of people were fighting when a suspect allegedly shot several rounds into the crowd. Witnesses reported seeing people running and screaming from the location.

When police arrived on scene they located shell casings. At least two of the stray bullets struck the corner of the “M” building inside the Rancho Seneca apartment complex.

Police have set up crime scene tape near the “M” and “P” buildings and are conducting an investigation.

A resident who lives there told Victor Valley News, several shell casings were located just outside his patio.

At this time it’s unsure if any injuries have been reported as a result of the shooting. More information will be updated as it becomes available.