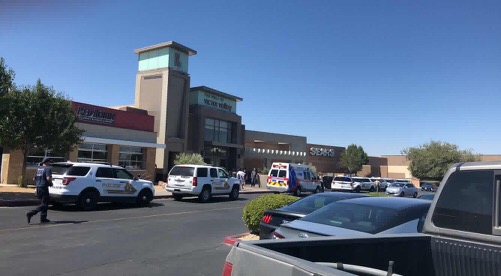 VICTORVILLE, Calif. (VVNG.com) — People shopping at the mall on Friday afternoon we’re concerned after they saw armed deputies and police vehicles rushing towards the main entrance.

“There was a male subject causing a disturbance in one of the stores. He continued to be disruptive after leaving that store and security requested deputies to respond,” stated Sheriff’s spokeswoman Mara Rodriguez.

According to Rodriguez, the suspect became combative with the first deputy on scene prompting a large police response.

“He (the suspect) has been detained and medical requested, as he is suspected to be on some type of central nervous system stimulant,” stated Rodriguez.

Man who died after jumping from Palmdale Road overpass ID’d

One person injured after car crashes into Victorville home