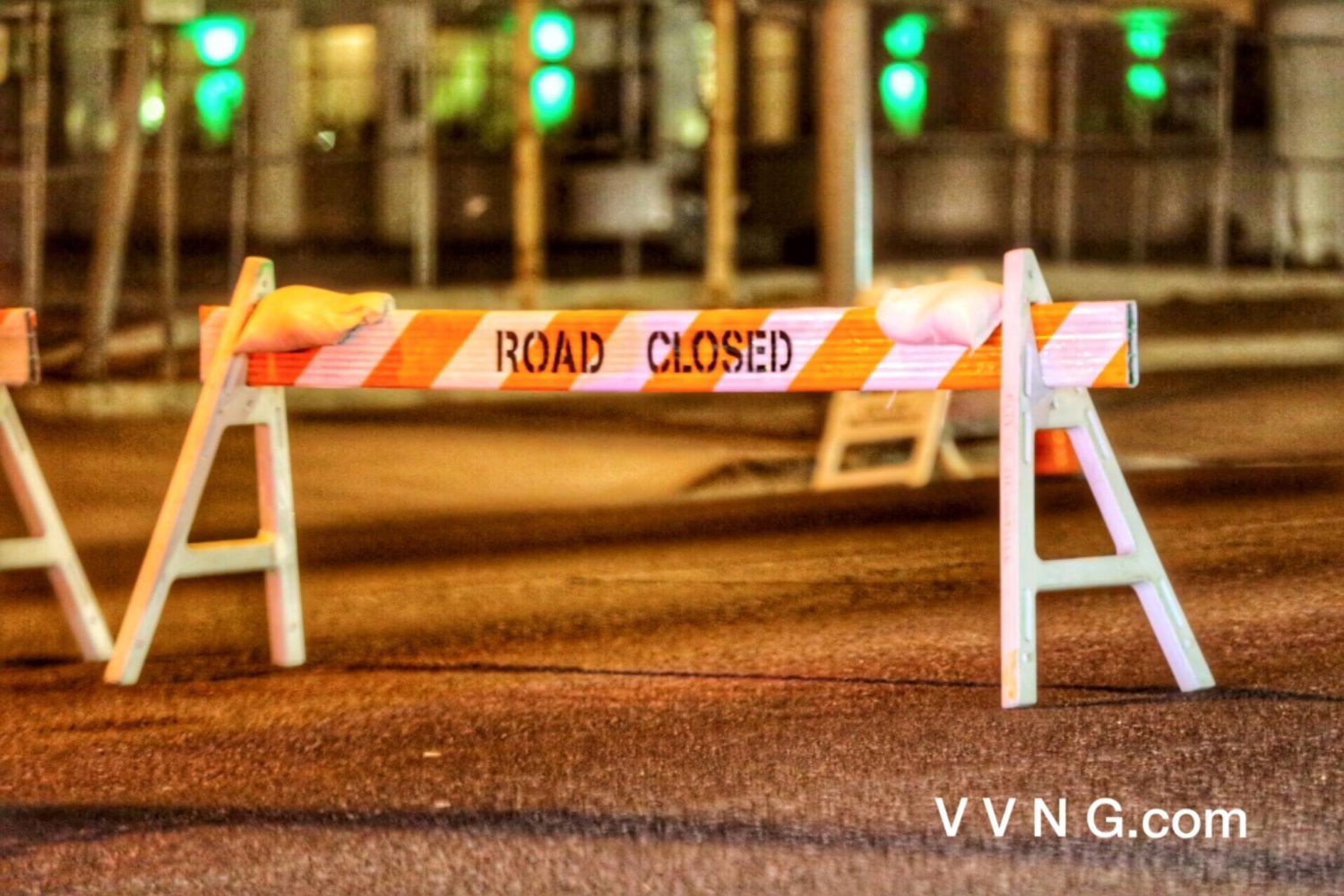 (VVNG.com)- While emergency crews were working the fatal accident between a passenger vehicle and a big rig in the area of Palmdale Rd and Cobalt Rd, Palmdale Rd was closed to all traffic. The closure was marked by a combination of cones, flares, signs and numerous emergency and Cal-Trans vehicles.

Despite the numerous traffic devices being used, 7 vehicles drove around the warning devices and received citations for violating the California Vehicle Code section 21367(c) which reads as follows:

21367. (a) As provided in Section 125 of the Streets and Highways Code and in Section 21100 of this code, respectively, the duly authorized representative of the Department of Transportation or local authorities, with respect to highways under their respective jurisdictions, including, but not limited to, persons contracting to perform construction, maintenance, or repair of a highway, may, with the approval of the department or local authority, as the case may be, and while engaged in the performance of that work, restrict the use of, and regulate the movement of traffic through or around, the affected area whenever the traffic would endanger the safety of workers or the work would interfere with or endanger the movement of traffic through the area. Traffic may be regulated by warning signs, lights, appropriate control devices, or by a person or persons controlling and directing the flow of traffic.
(b) It is unlawful to disobey the instructions of a person controlling and directing traffic pursuant to subdivision (a).
(c) It is unlawful to fail to comply with the directions of warning signs, lights, or other control devices provided for the regulation of traffic pursuant to subdivision (a).

The public is reminded to “slow for the cone zone.” The cone zone is not just a public safety phrase, but is a reminder the area is closed or the roadway is reduced for the protection of the emergency and maintenance workers who are working on the roadway.

If the cones, flares and signs are placed across the roadway in the direction you are travelling, it indicates a full closure. DO NOT DRIVE AROUND THE CONES. If the cones are on an angle, they are directing you to an area which is safe to use. Driving through an open field or parking lot to avoid the cones is not allowed.

Always slow down when you see these control devices in use on the roadways you travel.