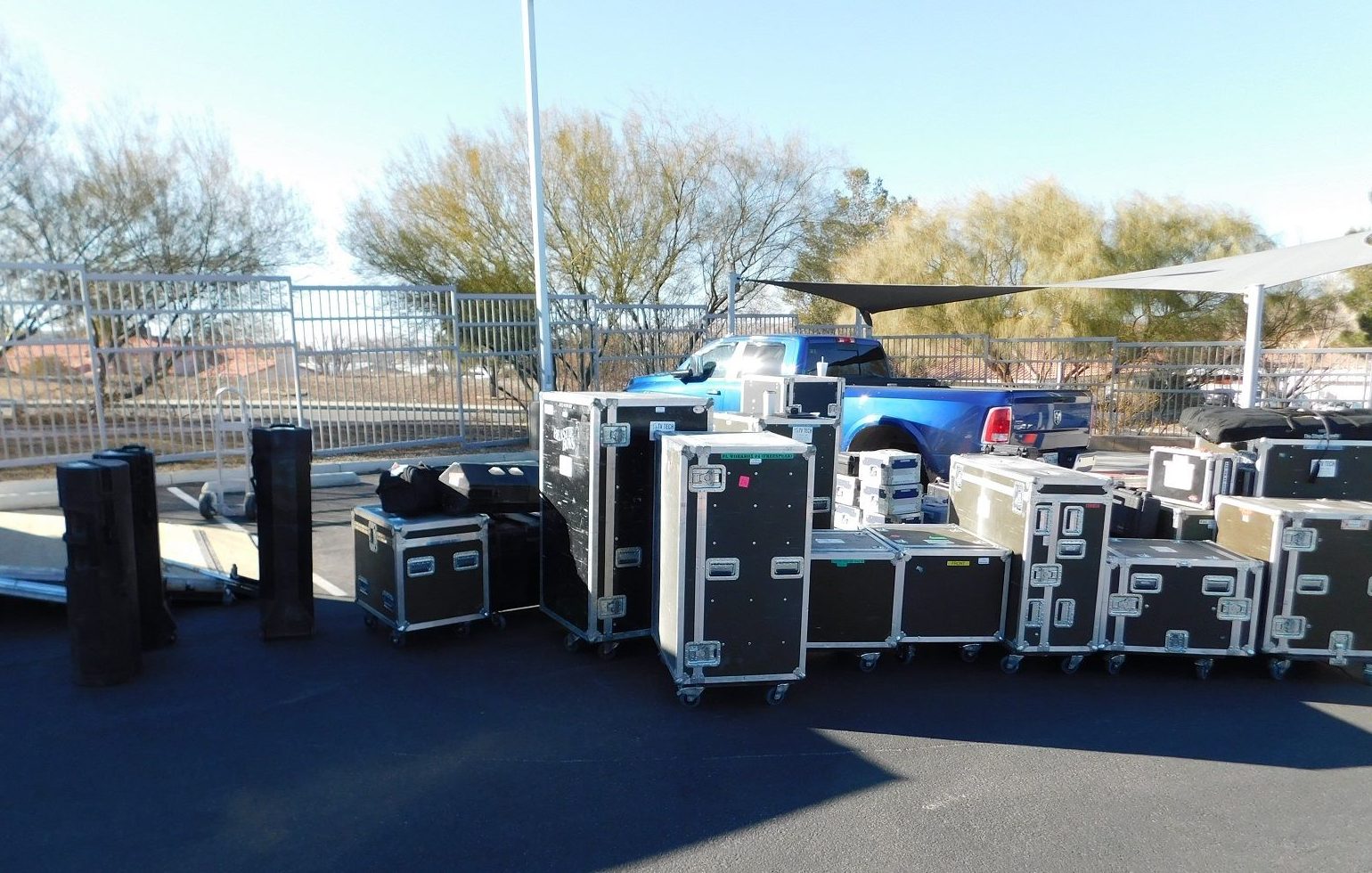 It happened on Monday, February 18, 2019, when deputies from the Barstow Sheriff’s Station responded to a residence in the 43000 of Warbonnett Road in Newberry Springs regarding an investigation into stolen property.

Sheriff’s officials said the property was stolen from a truck which was on its way to a film shoot of a Netflix production.

The truck was reported stolen to the Barstow Police Department earlier in the day and was recovered by officers of the California Highway Patrol, however the property remained outstanding.

According to the reporting party, Global Positioning System (GPS) data indicated the stolen vehicle made prolonged stops in a remote desert area north of Interstate 15 near Hacienda Road. Deputies responded to the location and located some of the stolen property in the desert.

“During the search warrant services, deputies located approximately $1,280,066 worth of the stolen property, two firearms, a quantity of suspected methamphetamine, and drug paraphernalia. On Tuesday, February 19, 2019, two additional stolen items valued at approximately $80,000 were recovered during a follow-up investigation. Several individuals were contacted and arrested during the investigation,” stated the Barstow Sheriff’s Station in a news release.

Anyone with information regarding this incident is urged to contact Deputy Dickey of the Barstow Sheriff’s Station. Callers wishing to remain anonymous are urged to call the WE-Tip Hotline at 800-78-CRIME (27463) or you may leave information on the WE-TipHotline at www.wetip.com.