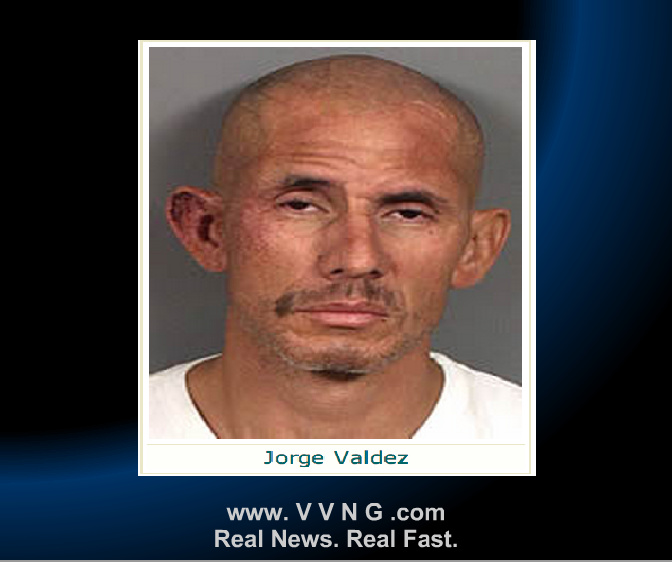 On Thursday, April 10, 2014, at about 5:16 PM, deputies from the Riverside County Sheriff’s Department responded to assist the California Highway Patrol (CHP) in the area of Highway 86 and Avenue 62. CHP advised the Sheriff’s Department that a Hispanic Male adult had evaded their officers in a stolen vehicle and was armed with a handgun.

While searching for the suspect, the Sheriff’s Department received information of a Hispanic male adult with a handgun, who was attempting to stop vehicles on Highway 86. During this time the suspect was able to successfully carjack a motorhome occupied by an elderly couple. The suspect forced the male driver at gunpoint to drive northbound on Highway 86. Responding deputies were able to locate the motorhome and attempted to conduct a traffic stop. The suspect threatened the driver not to stop and a pursuit ensued on Highway 86. During the pursuit, which involved the Riverside County Sheriff’s Department and CHP, spike strips were deployed successfully. The motorhome came to a complete stop northbound on Highway 86, south of Dillon Road.

The male victim was airlifted to a local hospital, where he was admitted and treated for a gunshot wound he sustained by the suspect, during the course of the carjacking/kidnapping.

Investigators from the Coachella Police Department and the Riverside County Sheriff’s Department’s Central Homicide Unit responded to the location and assumed the investigation. The male suspect, identified as 34-year-old Coachella resident Jorge Valdez, was booked into the Riverside County Jail in Indio for attempted murder, kidnapping, carjacking, felony evading, felon in possession of a firearm, and a parole violation. The involved officers have been placed on administrative leave per Department policy. The involved officers’ names are not being released at this time. No officers were injured during this incident.

The Riverside County Sheriff’s Department is encouraging anyone with information regarding this investigation to contact Investigator Wortman of the Central Homicide Unit at 760-393-3526 or Investigator Butvidas at 760-863-8990.