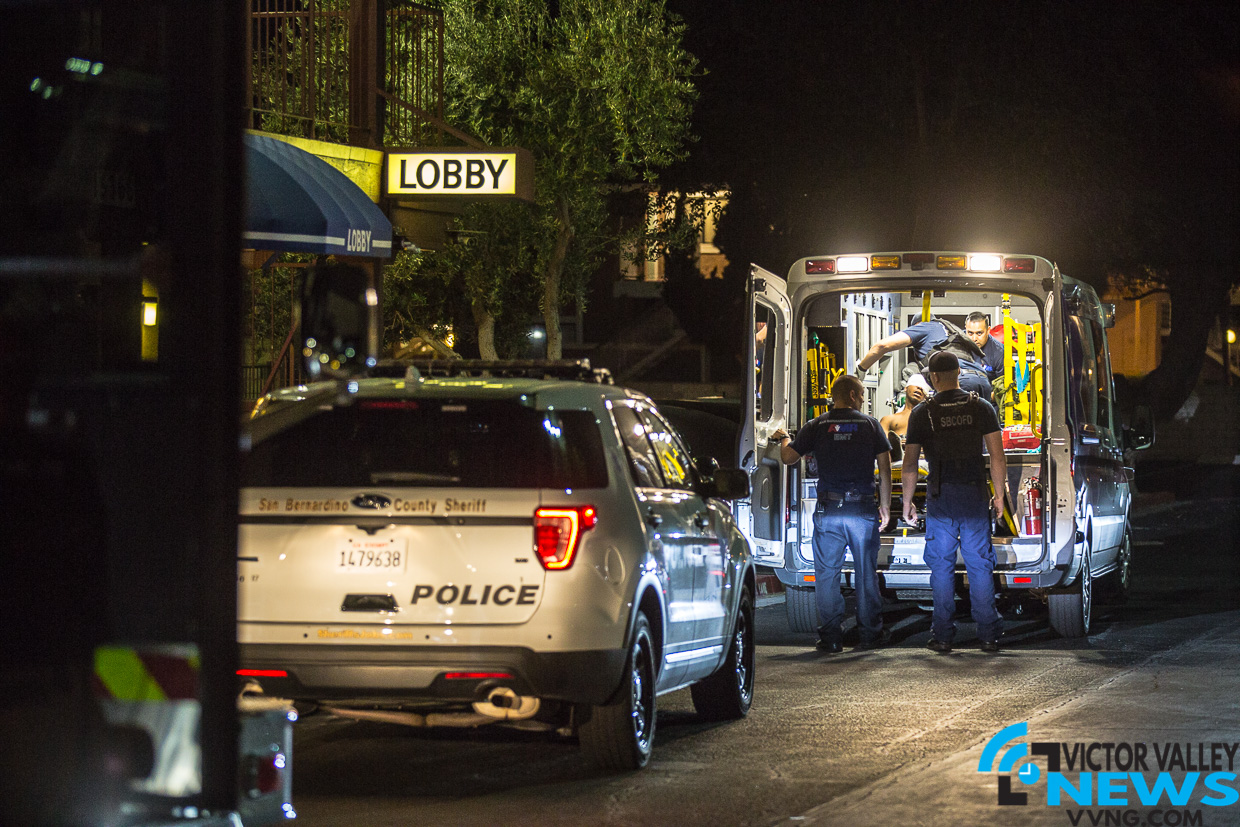 VICTORVILLE, Calif. (VVNG.com) A 21-year-old man was airlifted to a trauma center after he was shot in the eye with a BB gun, authorities said.

On Sunday, June 4, 2017, deputies from the Victorville Police Department responded to the Rodeway Inn hotel located in the 15300 block of La Paz Drive.

Deputies arrived on scene and located the victim suffering from a wound to his left eye.

“According to the victim, he had been in an altercation with an unknown male subject; who shot him before leaving the location, authorities said in a press release.

The victim was transported by ambulance to a local hospital and subsequently flown to a trauma center to be treated for his wound.

Per scanner reports, the victim was going in and out of consciousness at the time of transport. As of Monday afternoon, his condition is not known.

Deputies were unable to obtain a description or any other information about the suspect. The assault continues to be investigated. Any further information will b e released as it becomes available.

Search for suspect continues after shots ring out in Victorville neighborhood