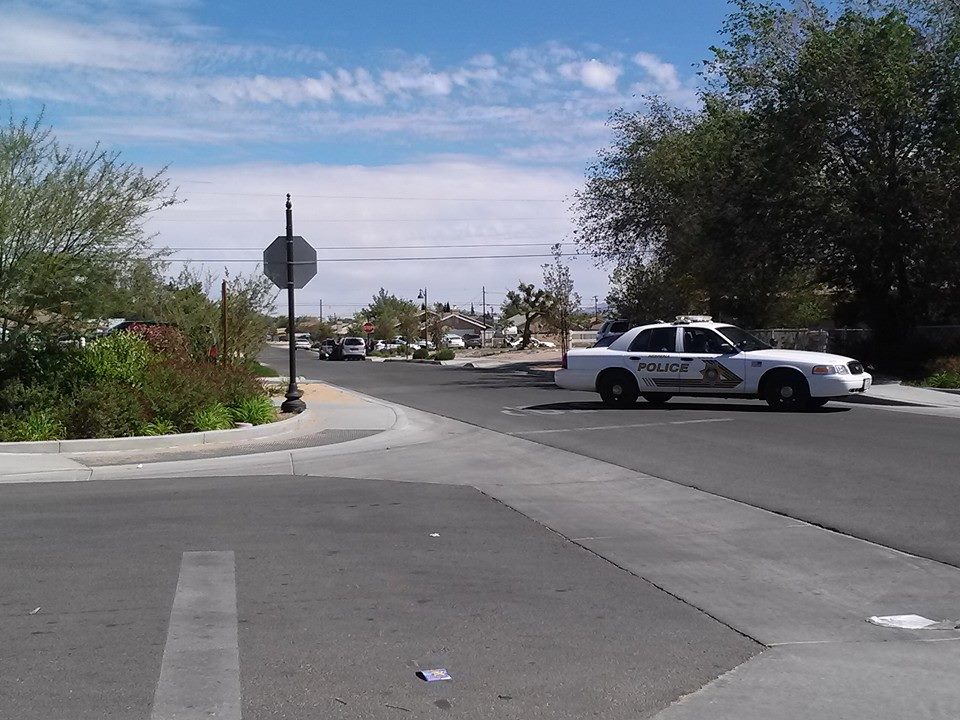 One of the suspects being taken into custody. Photo: Michelle Deol via VVNG

UPDATE: According to scanner traffic, two suspects have been arrested. One suspect was found hiding under a motor home and the other was caught running in an alley between Spruce street and Smoketree just before 11:00am on Friday. Blood hounds are also on scene searching for weapons. More details  to follow.

HESPERIA:  Police are searching for two suspects involved in an armed (211) robbery at a business near “G” and Main street in Hesperia. The suspects fled and the getaway vehicle was ditched and located on the east  side of the rail road tracks near Spruce street.

The suspects are described as two black male adults and considered armed and dangerous. They fled on foot running west on Smoketree and are currently held up inside an apartment complex near First avenue.

Swat team has been called out to assist as well as units from Hesperia PD, Victorville PD, Apple Valley PD and Hesperia School police. Sheriff’s helicopter (40-king) is also on scene assisting with over head support.

All surrounding streets have been blocked off to through traffic.  More details will be posted as they become available.