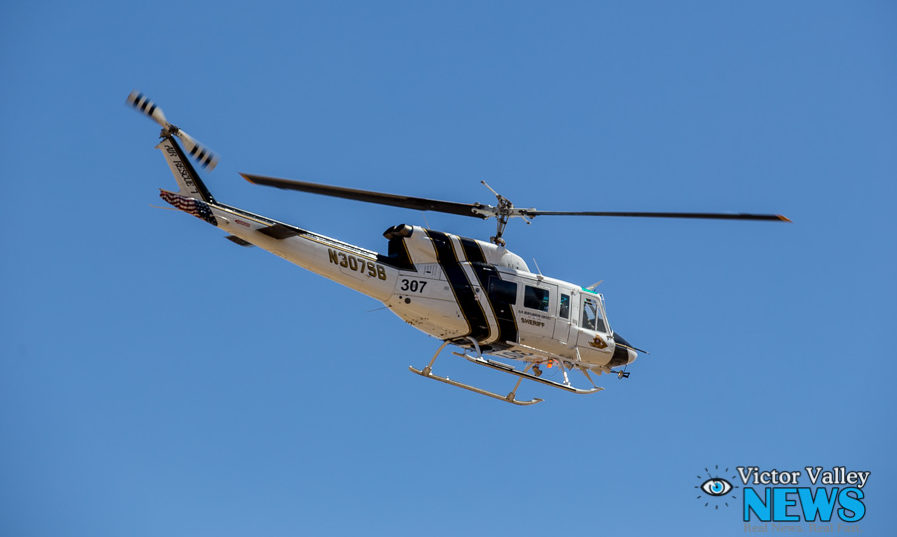 VICTORVILLE, Calif. (VVNG.com) — A high-speed pursuit involving suspects wanted for a robbery started in Victorville and ended in San Bernardino on Thursday afternoon.

It all began at about 3:09 pm, when deputies were dispatched to the 14600 block of 7th Street reference a robbery at a Caleb Jewelers inside the indoor swap meet that had just occurred.

“When they were provided that piece of jewelry they fled the store. They were seen leaving in a newer model teal Nissan Sentra,” stated Miller.

Deputies located the vehicle on Mojave Drive and a record check of the Nissan, revealed it had been stolen on July 30, 2018, in Highland.

The driver, Lamar Griffin,  failed to yield to lights and sirens and after driving erratically through surface streets in Victorville, the pursuit made its way onto the southbound 15 freeway.

Sheriff’s helicopter 40K2 joined in the pursuit providing air support as the vehicle traveled down the Cajon Pass and onto the 215 freeway.

According to a sheriff’s news release, Griffin exited the freeway at University Parkway, in San Bernardino. He rear-ended a Toyota 4Runner at the intersection of Kendall Drive and University Parkway, where he and the other suspect, Darrell Muhammed-Knight, fled on foot. Within minutes, they were apprehended by deputies and taken into custody.

A 17-year old female was in the Nissan with the suspects. During the investigation, deputies discovered she was unaware of the suspect’s intentions when she accepted a ride from them. After the robbery, she asked the pair several times to let her out of the car and they refused.