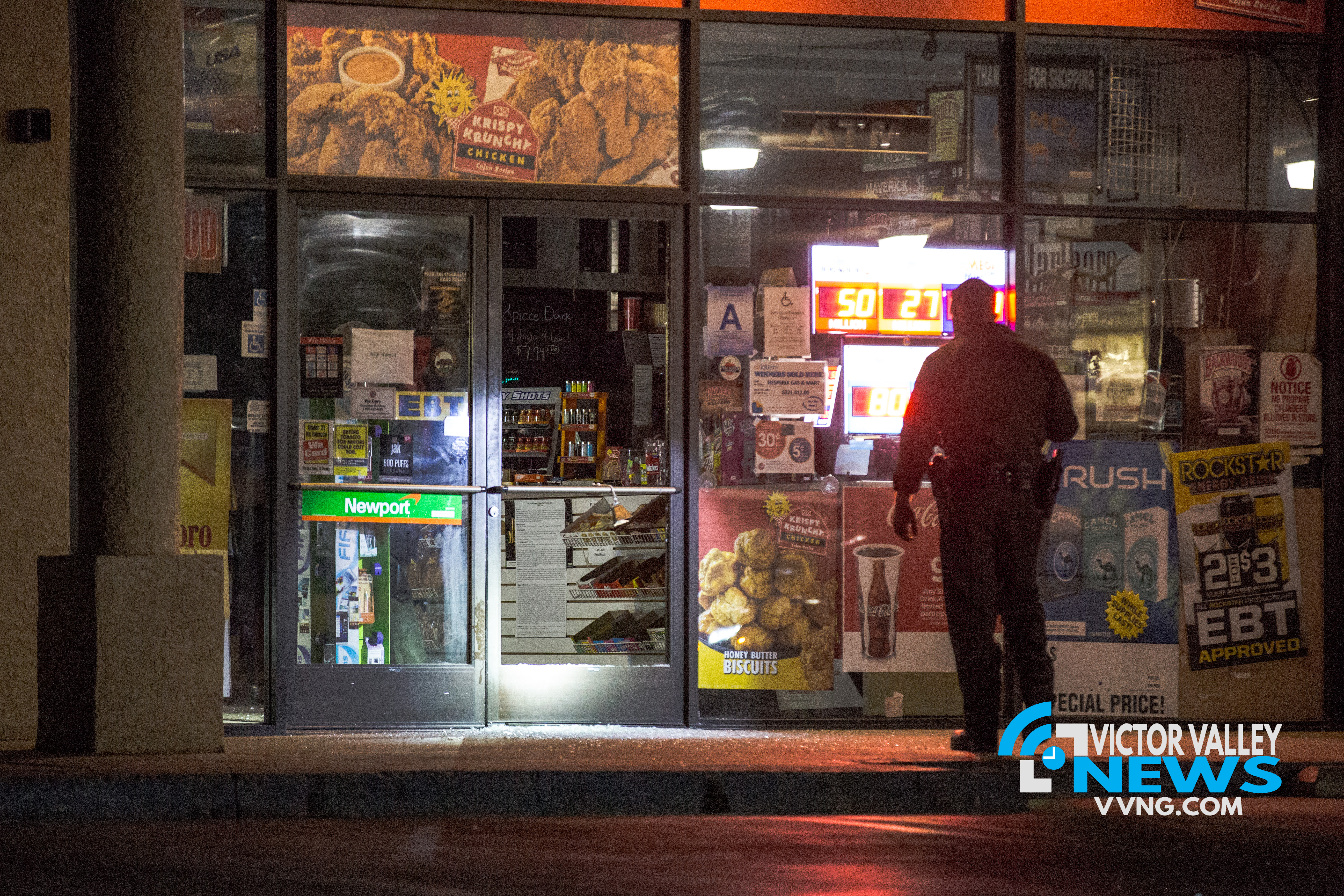 At 3:34 a.m. deputies responded to a commercial burglary reported by an alarm company at the Down Home Grill located at 12120 Ridgecrest Road. Deputies arrived and discovered the suspect(s) broke the front glass door and entered the business.

At 4:17 a.m. deputies responded to the Hesperia Gas and Mart located at 17465 Main Street and confirmed the glass on the front door to the business was shattered.

A suspect armed with a crowbar was captured on surveillance video from a camera at the Down Home Grill.

At 7:57 a.m. A reporting party from Rigoberto’s Mexican restaurant located at 15055 Bear Valley Road called dispatch and reported that a burglary had occurred overnight.

Authorities currently have no suspect descriptions available at this time.

“It’s unknown if there is any connection to these crimes. The detectives from desert stations will likely meet and discuss their cases to determine if they are possibly the same suspects are involved,” stated Sheriff’s spokeswoman Cindy Bachman.

The Down Home Grill located on Ridgecrest was the first of 3 businesses to be hit within hours. (Gabriel D. Espinoza, Victor Valley News)