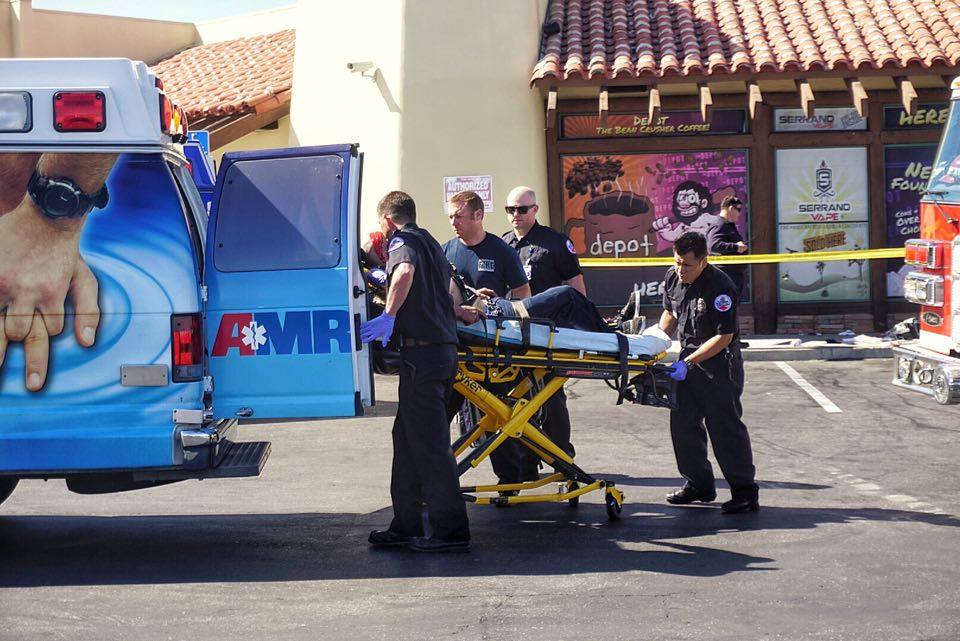 VICTORVILLE:(VVNG.com)- Two people were stabbed during an alleged altercation at a busy gas station parking lot in Victorville. The double stabbing occurred just after 12:00 P.M., on Wednesday, February 24, 2016, in the Valero gas station located at 12080 Amargosa Road.

According to an anonymous witness, a male, and female, were having an argument with an unknown male near the entrance to The Depot mini-mart gas station. During the altercation, the male suspect pulled out a knife and stabbed the female first and then stabbed the male. The suspect ran from the location towards the mall of Victor Valley.

Per scanner traffic, the suspect was described as a White Male Adult with a shaved head. Police searched the area for the suspect. According to unconfirmed reports a possible suspect was detained in the area but police wouldn’t comment if that person was directly involved in the stabbing.

The male and female victims were transported by ground ambulance to Liberty Park where they were both airlifted to trauma hospitals. A witness who did not want to be identified told Victor Valley News, all three of the people involved in the altercation are local transients in the area.

At this time, the official cause of the stabbing is under investigation. More information will be updated as it becomes available.