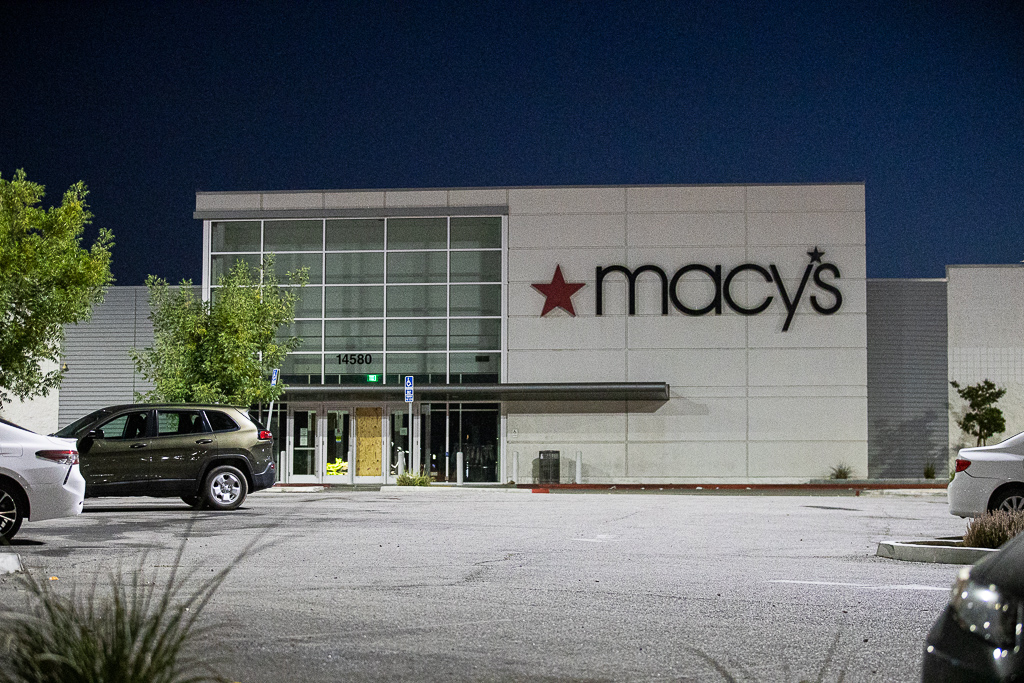 VICTORVILLE, Calif. (VVNG.com) — Victorville Police are investigating an overnight burglary at Macy’s in the Mall of Victor Valley.

At about 2:30 AM on June 27, 2020, deputies responded to the business after a glass break alarm was triggered at Macy’s.

Sheriff’s spokeswoman Mara Rodriguez said surveillance video obtained showed a dark-colored vehicle stop in front of the store and two males got out and broke the glass doors.

“The males entered and a short time later exited with merchandise,” stated Rodriguez. “They fled the location in the vehicle.”

Rodriguez said evidence was collected at the scene and the incident is still actively being investigated.Anyone with information is asked to call the Victorville Police Department at 760-241-2911.