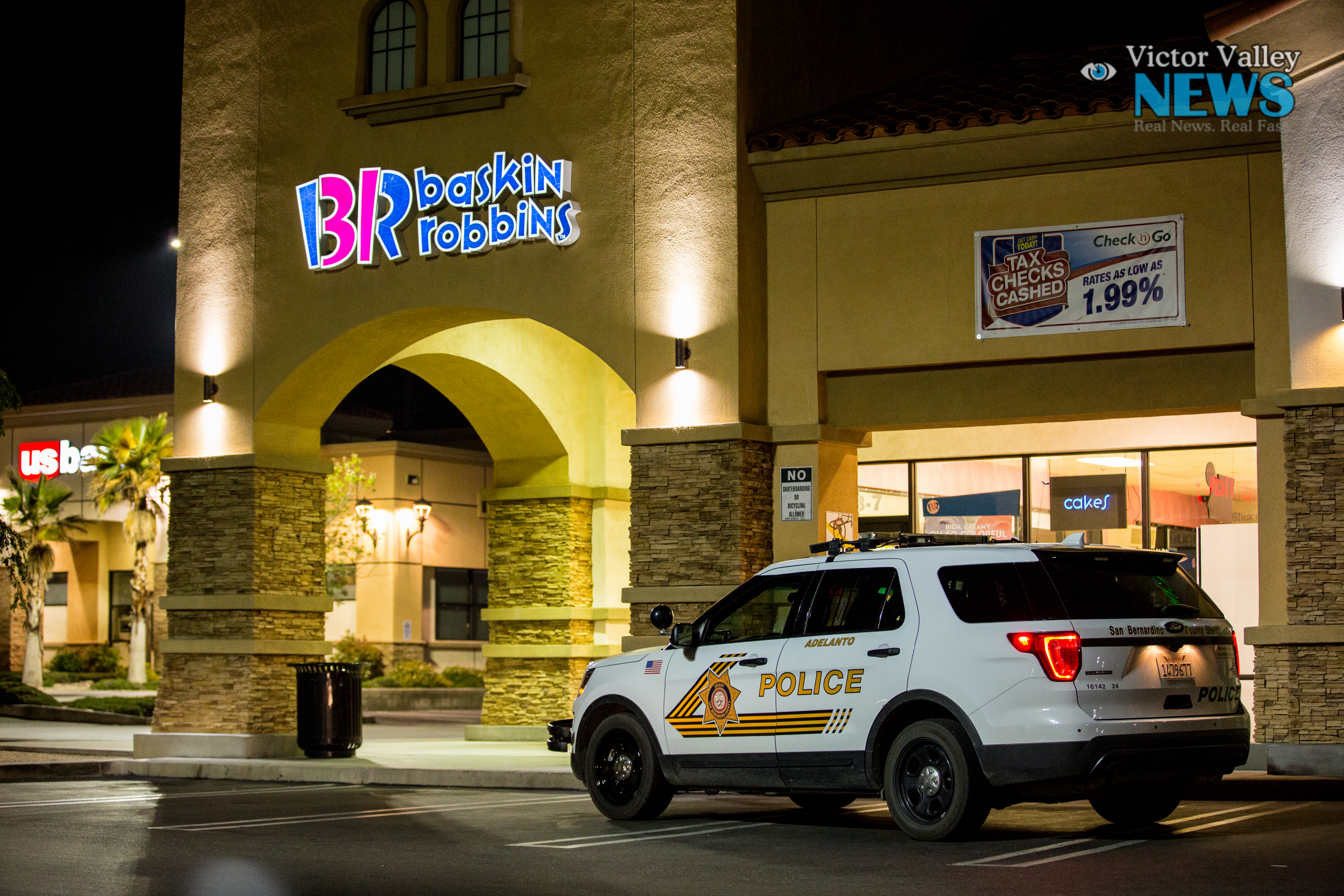 An Adelanto Deputy can be seen clearing broken glass from a Baskin Robbins door after an attempted break in. (Gabriel D. Espinoza, Victor Valley News)

ADELANTO:(VVNG.com)- Police are searching for a suspect who allegedly broke into the Baskin Robbins in the Adelanto Market Place on Highway 395.

On Tuesday, April 12, 2016, at about 11:00 PM, dispatch received a report that a male had broken into the Baskin Robbins located at 12100 Palmdale Road in Adelanto. The reporting party stated the suspect broke in through the front window of the business.

When police arrived they discovered the business alarm sounding and the glass door shattered.

Per scanner traffic, the suspect is described as an older White Male Adult, wearing a gray hat, dark jacket and jeans. The suspect was seen leaving the parking lot in a white sedan with a moon roof. Based on surveillance video, deputies believe the suspect matches the description on a previous burglary.

The business was closed at the time of the break-in. It’s unknown if anything was taken from the business.

As we previously reported the same business was robbed on February 3, 2016 at about 8:30 PM. During that robbery an armed suspect robbed the business at gunpoint.