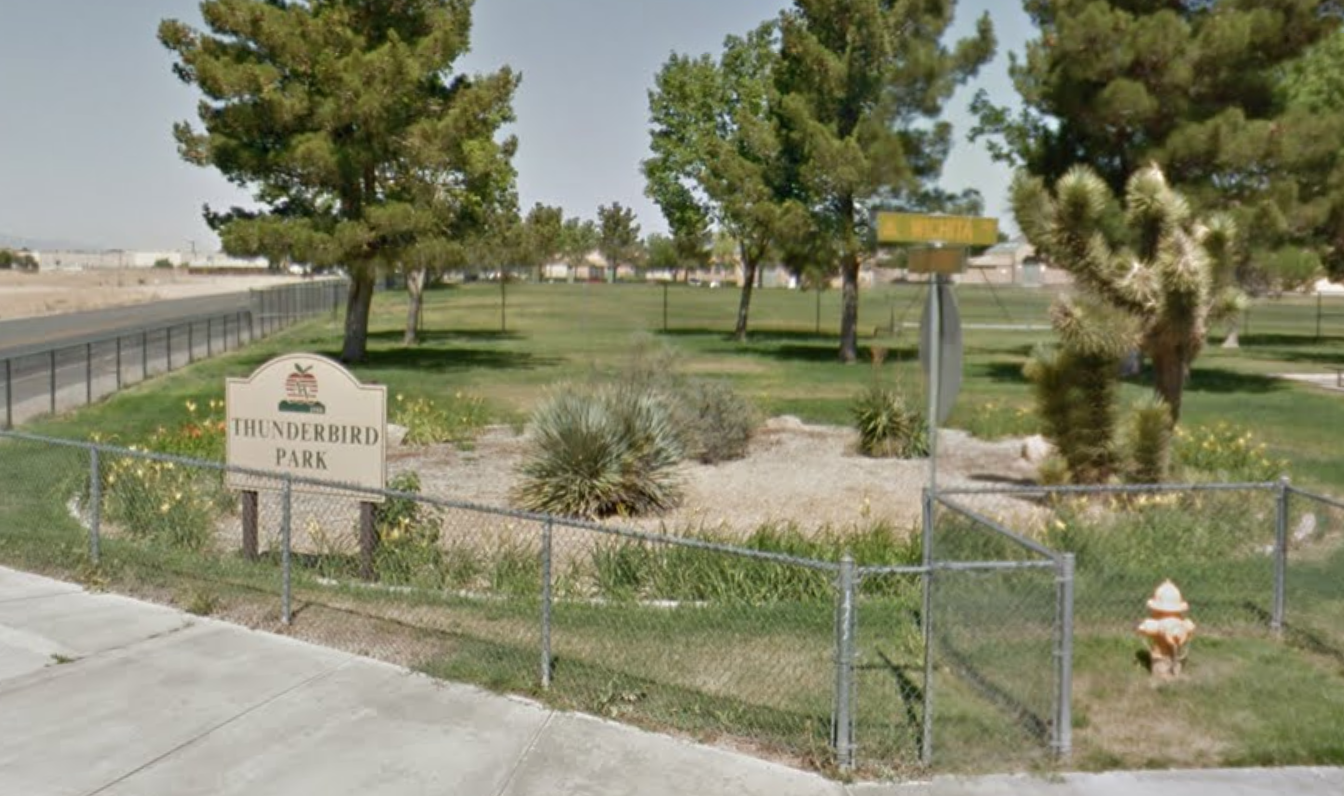 A male was allegedly robbed at gunpoint by five male subjects at Thunderbird Park located at 20700 Wichita Road.

The suspect vehicle is described as a tan SUV, possibly a Ford Expedition.

A CHP helicopter is currently overhead assisting ground deputies with the search for the suspects.

Anyone with information is urged to contact the Apple Valley Police Department at (760) 240-7400.