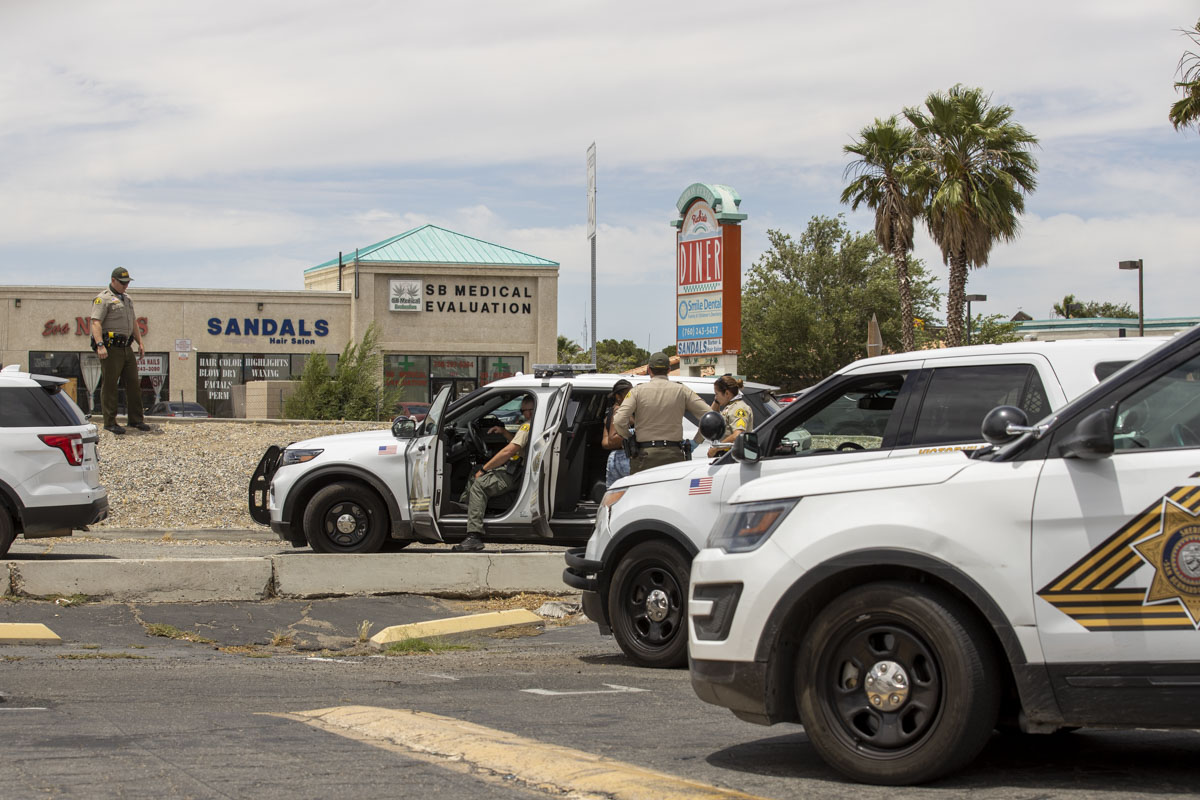 Deputies responded after a woman called 911 and said shot at while driving. (Gabriel D. Espinoza, VVNG.com)

VICTORVILLE, Calif. (VVNG).com — Authorities are investigating after a woman reported she was followed while driving and shot at near a busy intersection on Thursday afternoon, officials said.

At about 12:53 PM deputies from the Victorville Police Department swarmed the intersection of Palmdale Blvd and Green Tree Blvd. after receiving a call of shots fired.

Sheriff’s Spokeswoman Mara Rodriguez said the 911 caller stated she was driving near Green Tree and Palmdale, being followed and shot at by an occupant in another vehicle. “Deputy Bennington was already in that area and was able to spot and stop the Nissan the alleged shooter was in.”

Rodriguez said multiple people have been detained and an investigation is underway.

No injuries have been reported and additional information will be updated as it becomes available.

Motorcylist airlifted after crashing with semi in Adelanto