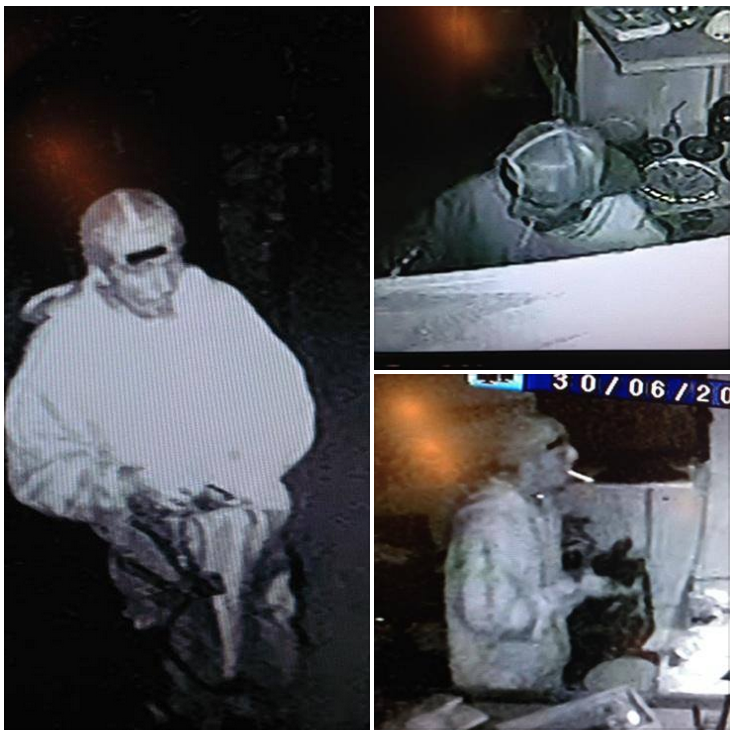 APPLE VALLEY:(VVNG.com)- In the early morning hours of June 30th, at approximately 2:30 a.m., High End Thrift Store in Apple Valley was burglarized. According to store surveillance video, the burglary was done by one male individual who spent 15-20 minutes in the store taking a few small items. After leaving with the small items, he then returned 50 minutes later. Upon returning he began to take more items, leading the store owners to believe that he left to bring a vehicle back with him. He remained in the store for over an hour stealing, according to the store owners approximately $2,920 worth of merchandise.

The suspect is described as a white male, about 6 feet tall, and according to the video surveillance he appeared to have a thin build. At the time of the burglary he was wearing shorts, a baggy sweatshirt, a baseball cap worn backwards and he was wearing gloves.

The store owners feel the suspect has been in the store before, as he seemed to know the store layout and where to find his items of interest. A clear image of the suspect was caught on store security cameras and the store owners are hoping for assistance from the public in order to identify him.