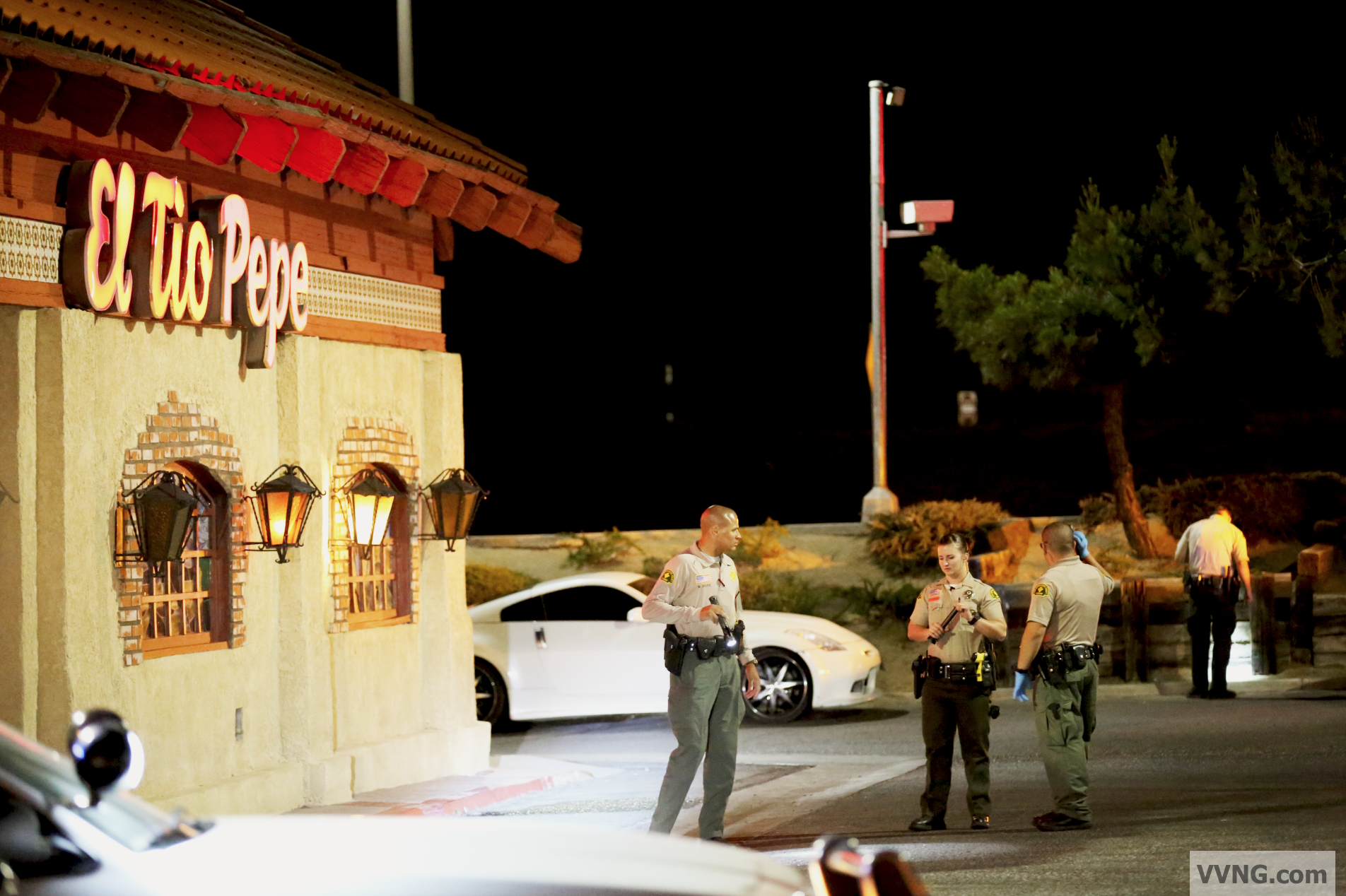 VICTORVILLE: (VVNG) – Police responded to reports of a stabbing outside of El Tio Pepe restaurant located at 12100 Amargosa Road in Victorville just before 12:30 a.m., on Sunday, May 18th.

According to scanner traffic, an unidentified male walked into Desert Valley Hospital covered in blood. He was transported to the hospital via a private vehicle. The victim alleged being stabbed after getting into a fight outside the local establishment.

Police responded to the restaurant and upon arrival they located a puddle of blood on the parking lot of the south side of the building. Along with a knife, believed to be the weapon used in the crime and a bloody t-shirt.

Two additional stabbing victims left the scene and made their way to a residence in Hesperia. They called 911 and were transported by ground ambulance to local area hospitals.

One of the victims was airlifted to Arrowhead Regional Medical Center in Colton after receiving traumatic injuries. The identity or condition of all three of the stabbing victims is currently unknown at this time.

Victorville police continue to investigate the stabbing at the local restaurant and as of Sunday afternoon no arrest have been made.