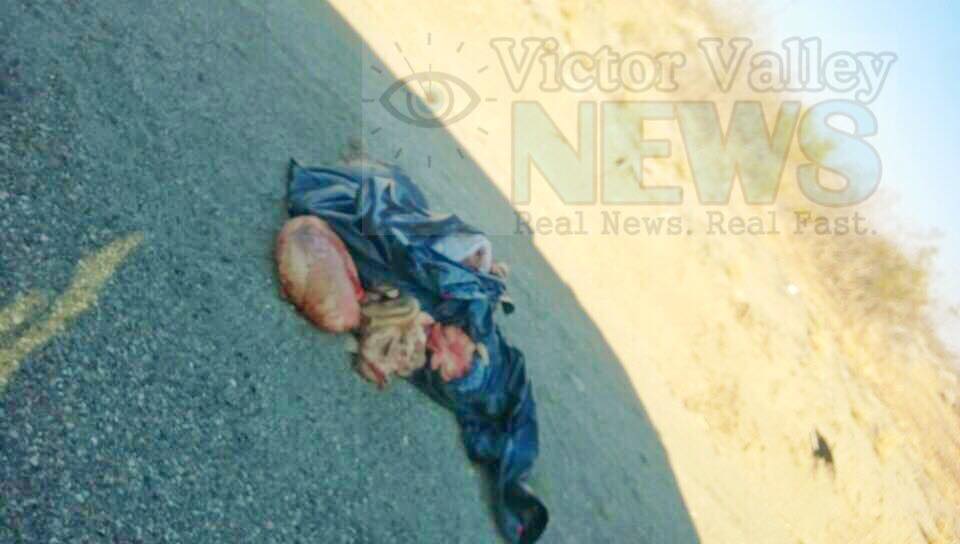 PHELAN-(VVNG.com): A photo that appeared to have possibly been human remains was posted to Victor Valley News Group at approximately 8:10 p.m. on Saturday, May 16th.

The photo was posted mentioning that the photo was taken on Sheep Creek Road in Phelan and asking if members of the group thought it could be a dead body.

Immediately, the photo caused people to ask the person that posted it if she reported the findings to authorities. No response was made by the posting person, and shortly after the photo was removed from the group.

When the  incident was reported to authorities, the deputy believed she knew what it was, but was not certain due to not knowing the exact location.

In the photo you could see a black bag with pieces of some type of body parts peeking out of it. The suspicious contents were determined to be located on the northwest on Sheep Creek Road heading toward El Mirage.

The report was closed and the debris was determined to be pig remains.