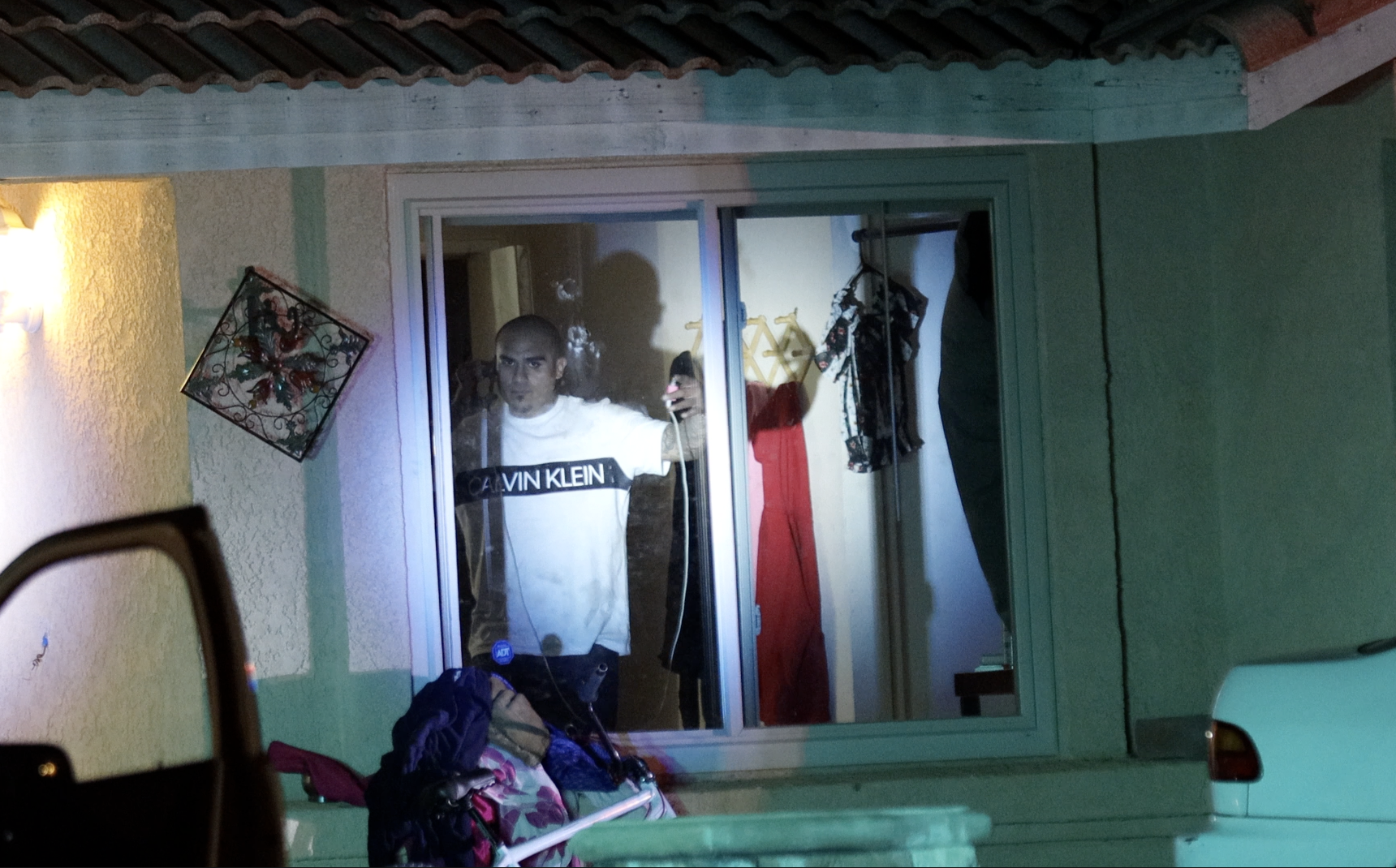 UPDATE @ 8:00 PM – The suspect surrendered and was taken into custody without incident.

VICTORVILLE, Calif. (VVNG.com)  — A suspect in a stolen vehicle pursuit is now barricaded inside a residence near the Mall of Victor Valley.

At about 5:45 pm on Wednesday, January 15, 2020, deputies received a report regarding a stolen vehicle in the area of Amargosa and La Mesa Roads.

Sheriff’s Spokeswoman Jodi Miller told VVNG deputies located the vehicle and attempted a traffic stop, the driver of the vehicle failed to yield, and a pursuit ensued.

The pursuit ended after the suspect collided into a home in the 12600 block of Santa Fe Trail in Victorville.

“He foot bailed out of the vehicle and is now barricaded inside the home.  PA announcements are being made; he has communicated with deputies; however, he refuses to exit the home and peacefully surrender,” stated Miller.

Deputies along with members of the SWAT TEAM have the single-story home surrounded with a helicopter circling above.

Officers are shouting commands at a suspect inside by the name of, Giovani. Deputies could also be heard shouting they believed he’s armed and dangerous.

The suspect’s girlfriend is also at the scene and has been on the phone with the suspect. The girlfriend keeps telling Giovani to put his hands up and turn himself in. The home is believed to be the girlfriend’s residence.