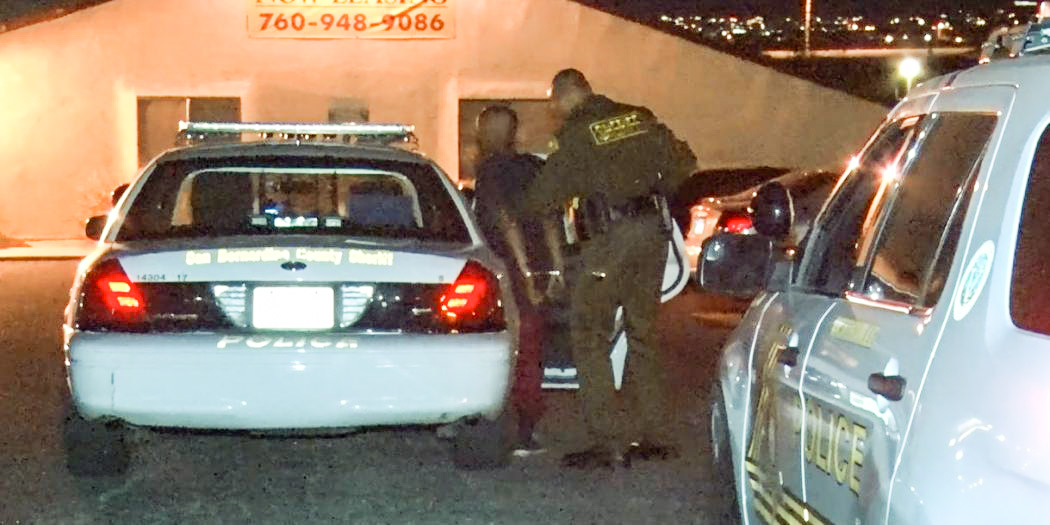 VICTORVILLE, Calif. (VVNG) On December 4, 2016, at 8:35 p.m. deputies responded to a vehicle versus pedestrian traffic collision.

Upon arrival they discovered a 60-year-old female had been struck by a vehicle and was lying, unresponsive, in the roadway. The driver of the vehicle, a 2000 Toyota Corolla, fled the scene after hitting the victim.

According to witnesses, the suspect vehicle was going south on Hesperia Road near Bear Valley Road when it struck the victim, who was crossing in an area which was not designated as a cross-walk, stated a news release.

After hitting the victim, the suspect continued driving southbound into the City of Hesperia.

Deputy Marvin Wilkie from the Victorville Station, was able to locate the suspect based on witness accounts, and the vehicle he was driving, at his apartment in Hesperia on Sequoia Street.

Wilkie interviewed the suspect, Kenyon Jaidonni Buchanan, 28, of Hesperia, and subsequently placed him under arrest.

He was booked into the High Desert Detention Center for felony hit and run and driving under the influence, resulting in bodily injury per the release.

The victim was flown to a trauma center to be treated for serious head injuries and a leg fracture.

As of Monday morning, she was listed in stable condition.