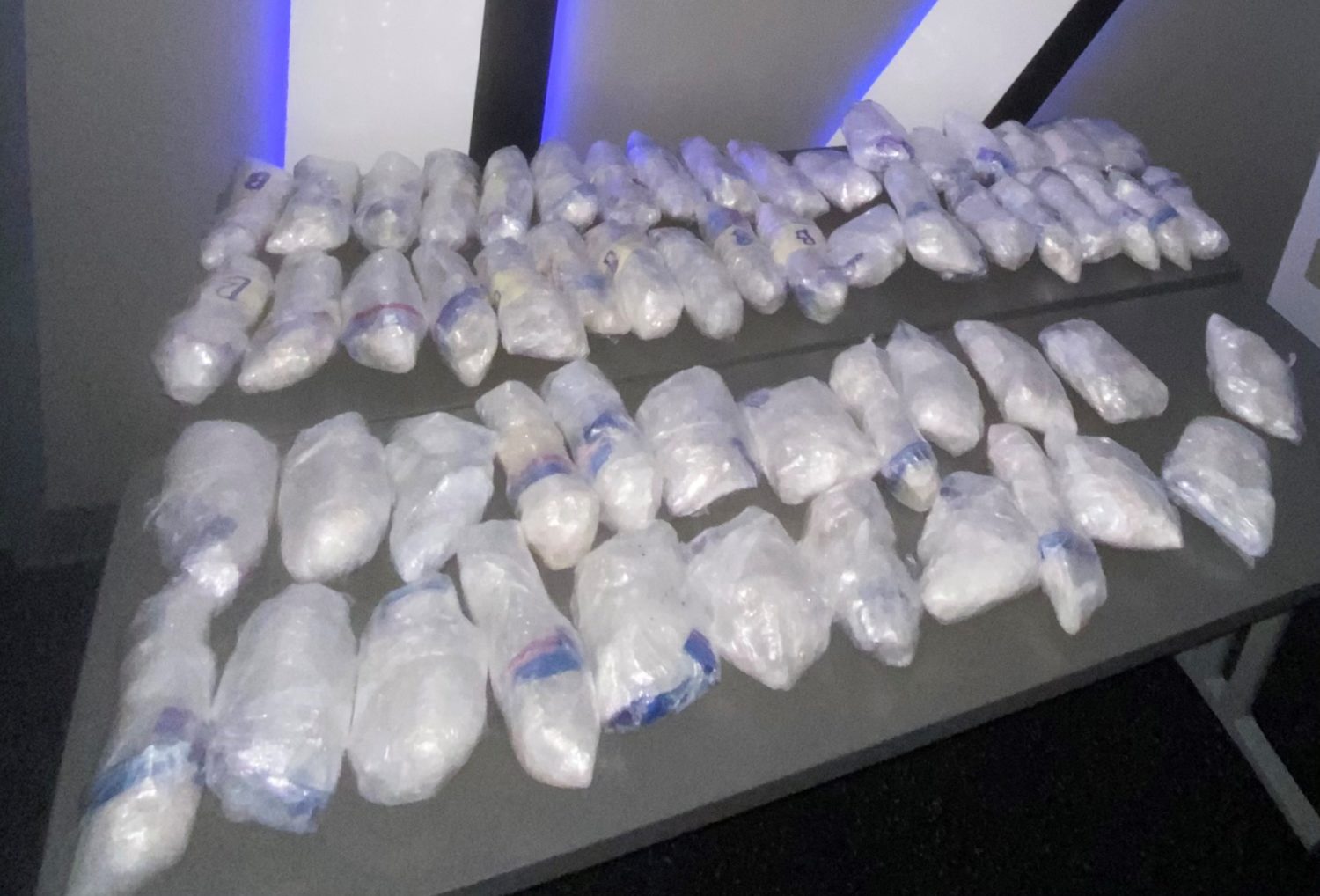 VICTORVILLE, Calif. (VVNG.com) –An estimated 65 pounds of crystal meth were located inside a stolen truck driven by a 54-year-old man from San Diego, officials said.

It happened on February 5, 20201, at about 7:47 PM when Sheriff’s Service Specialist G. Bracamontes, with the Victorville Police Department, spotted a 2010 Toyota Tacoma which had been reported stolen out of San Diego on February 2, 2021.

Bracamontes kept observation on the unoccupied vehicle, in a parking lot at Bear Valley Road and Cottonwood Avenue, until deputies arrived.

Upon arrival, Deputy J. Attlesey saw a man later identified as Robert Yost get into the truck. Deputies conducted a felony traffic stop on the stolen truck before it exited the parking lot and detained the suspect without incident.

According to a sheriff’s news release, “An inventory search of the truck was conducted and two duffle bags containing approximately 65 pounds of suspected crystal methamphetamine were located.”

Yost was arrested and booked at High Desert Detention Center for transportation of a controlled substance and vehicle theft. He is currently being held in lieu of $2,050,000 bail. He is scheduled to appear in Victorville Superior Court on February 9, 2021.

Anyone with information about this investigation is asked to contact Deputy J. Attlesey at the Victorville Police Department at (760) 241-2911 or Sheriff’s Dispatch at (760) 956-5001. Callers wishing to remain anonymous are urged to call the We-Tip Hotline at 1-800-78CRIME (27463) or you may leave information on the We-Tip website at www.wetip.com.