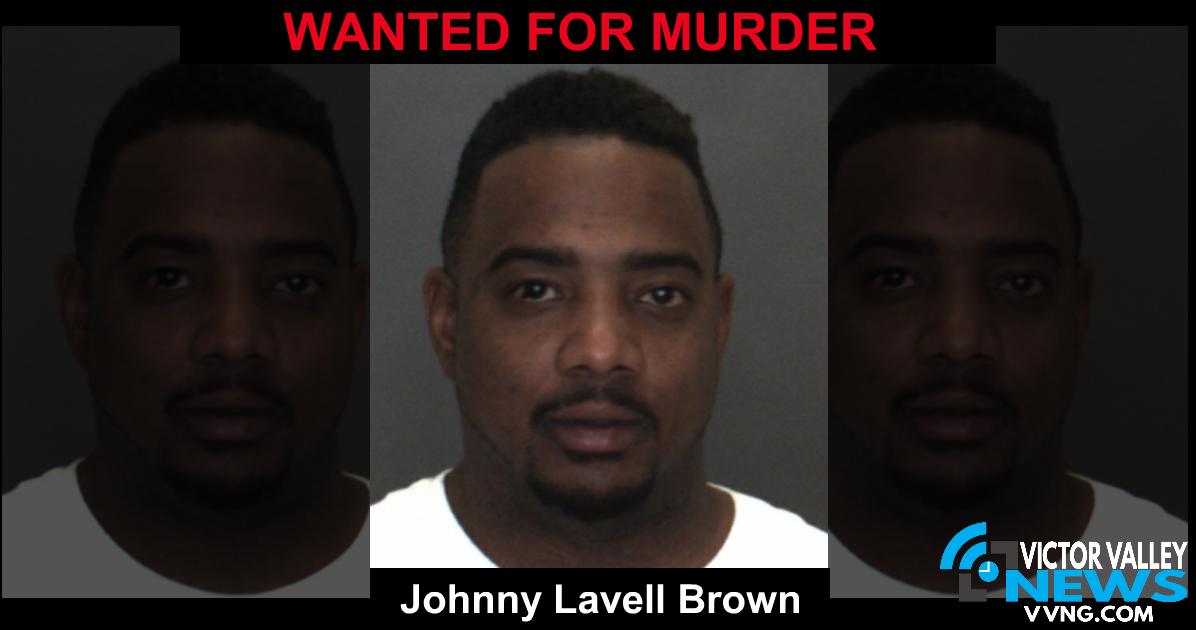 ADELANTO, Calif. (VVNG.com) The public’s assistance in location Johnny Lavell Brown, 37, a resident of Adelanto for the murder of a 36-year-old Adelanto man.

Deputies arrived and found the victim, Joshua Jermaine McGinnis, suffering from an apparent gunshot wound. The victim was transported to a local area hospital.

Due to the extent of the victims’ injuries, Detectives from the Specialized Investigations Division, Homicide Detail responded to the location to conduct the investigation.

Through investigation, detectives have identified Johnny Lavell Brown as the suspect responsible for the death of Joshua Jermaine McGinnis. Detectives have obtained an arrest warrant for Brown.

The public’s assistance is needed in locating Johnny Brown. Anyone with information regarding his whereabouts is asked to contact the Specialized Investigations Division, Homicide Detail, Detective Lisa Guerra or Sergeant Jason Radeleff at (909)387-3589. Callers wishing to remain anonymous are urged to call the We-Tip Hotline at 1-800-78-CRIME (27463), or you may leave information on the We-Tip website at www.wetip.com.