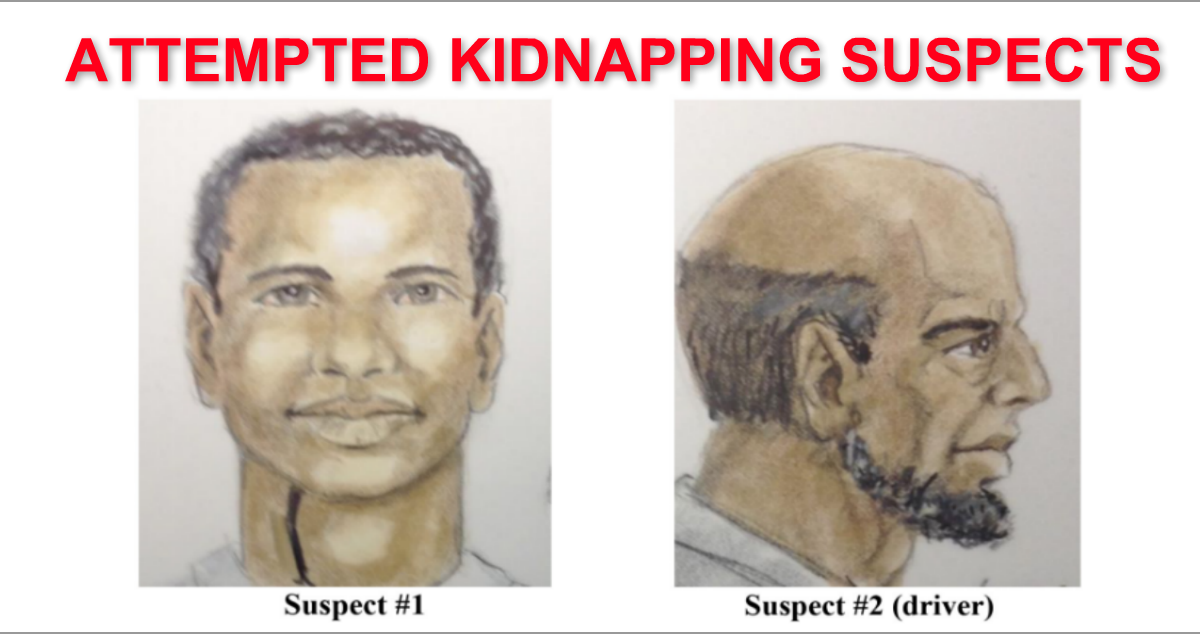 Suspect #1 exited the vehicle, grabbed the victim’s arm, and pulled her toward the car. The victim fought with the suspect and was able to knock him to the ground. The victim ran from the scene.

Caller wishing to remain anonymous are urged to call the WE- TIP Hotline at 1-800-78-CRIME (27463) or you may leave information on the WE-TIP Hotline at www.wetip.com