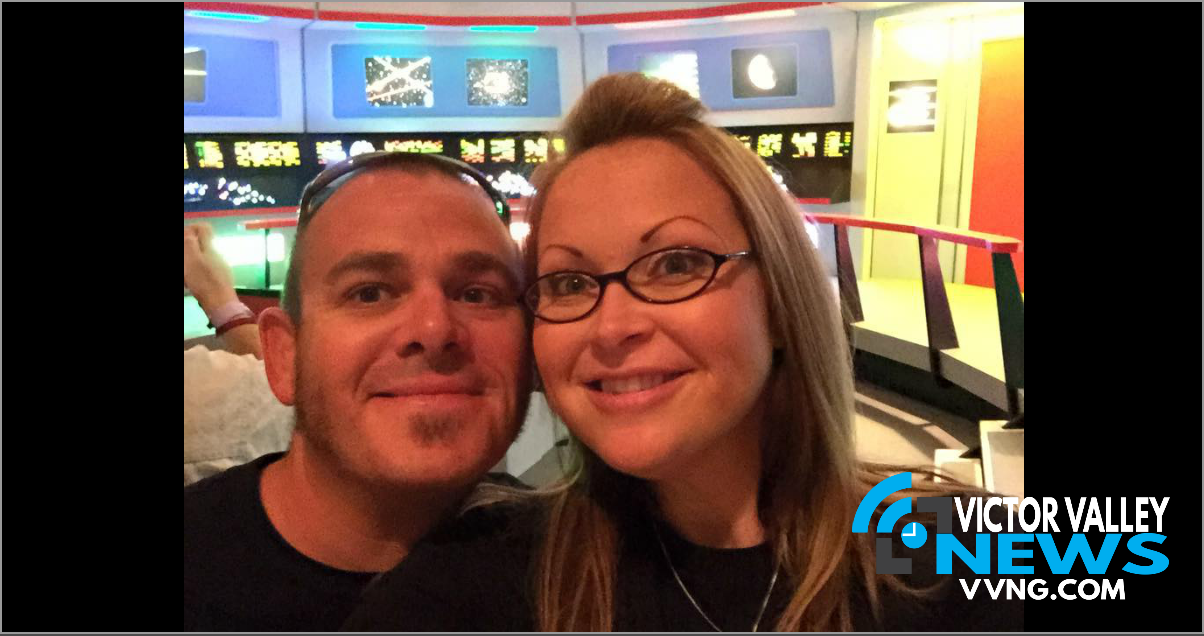 VICTORVILLE, Calif. (VVNG.com)- A Victorville couple were arrested after authorities say the duo attempted to extort money from a local business.

On January 24, 2017, the victims contacted the Victor Valley Sheriff Station regarding an extortion to their business.

It was reported, 36-year-old Christopher Henry, a former employee, and his girlfriend, Robyn Hardy, 35, were making financial demands from the company.

If those demands were not met within a certain amount of time, they were going to publish information on Social Media sites regarding alleged criminal misconduct on the company’s part.

On January 25, 2017, for a short period of time, a posting was in fact placed on a well known Social Media site alleging the victims were running a “sexual predator” company. On January 26, 2017, after a thorough investigation by Deputy Will Fifiita, deputies from the Victor Valley Sheriff Station served a search warrant and arrest warrants at the suspect’s residence located in the 10500 block of Sierra Road in Victorville. During the course of the investigation, evidence was located directly linking Henry and Hardy to the extortion.

Christopher Henry and Robyn Hardy were arrested without incident and booked into the High Desert Detention Center on Extortion and Conspiracy charges. They are being held in lieu of $100,000.00 bail each.

During the service of the search warrant, another individual living at the residence, John Hardy, was arrested for warrants; however, there was no indication he was involved with the extortion case.

Anyone with information regarding this accident is urged to contact Deputy Will Fifita at the Victor Valley Sheriff’s Station at (760) 552-6801. Persons wishing to remain anonymous can report information to WeTip by calling 1-800-78-CRIME, or by accessing the website at www.wetip.com.

Deputy Caught on Video Threatening to “Create Something” To Arrest Man