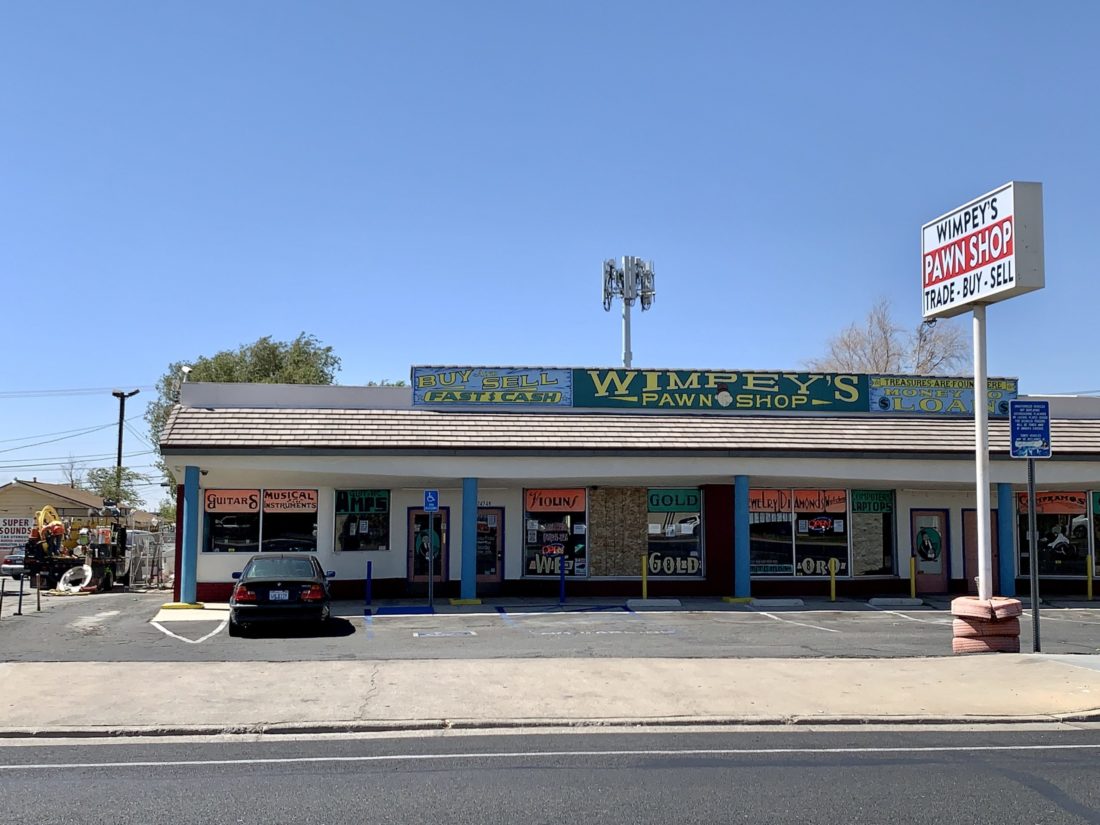 At about 3:30 AM on August 5, 2020, a glass break was triggered at the business located in the 14700 block of Seventh Street in Victorville.

Upon arrival, deputies discovered a glass window had been broken and someone had entered the business.

Sheriff’s spokeswoman Mara Rodriguez said the unknown suspect was no longer inside but 49-year old transient, Don Levias, was located nearby in an alley and had property with tags from the pawnshop still attached.

In addition to the property in his possession, Levias was identified by a witness who saw him walking away from the Pawn Shop at the time of the incident, stated Rodriguez.

Levias was arrested and booked at High Desert Detention Center for burglary and vandalism.