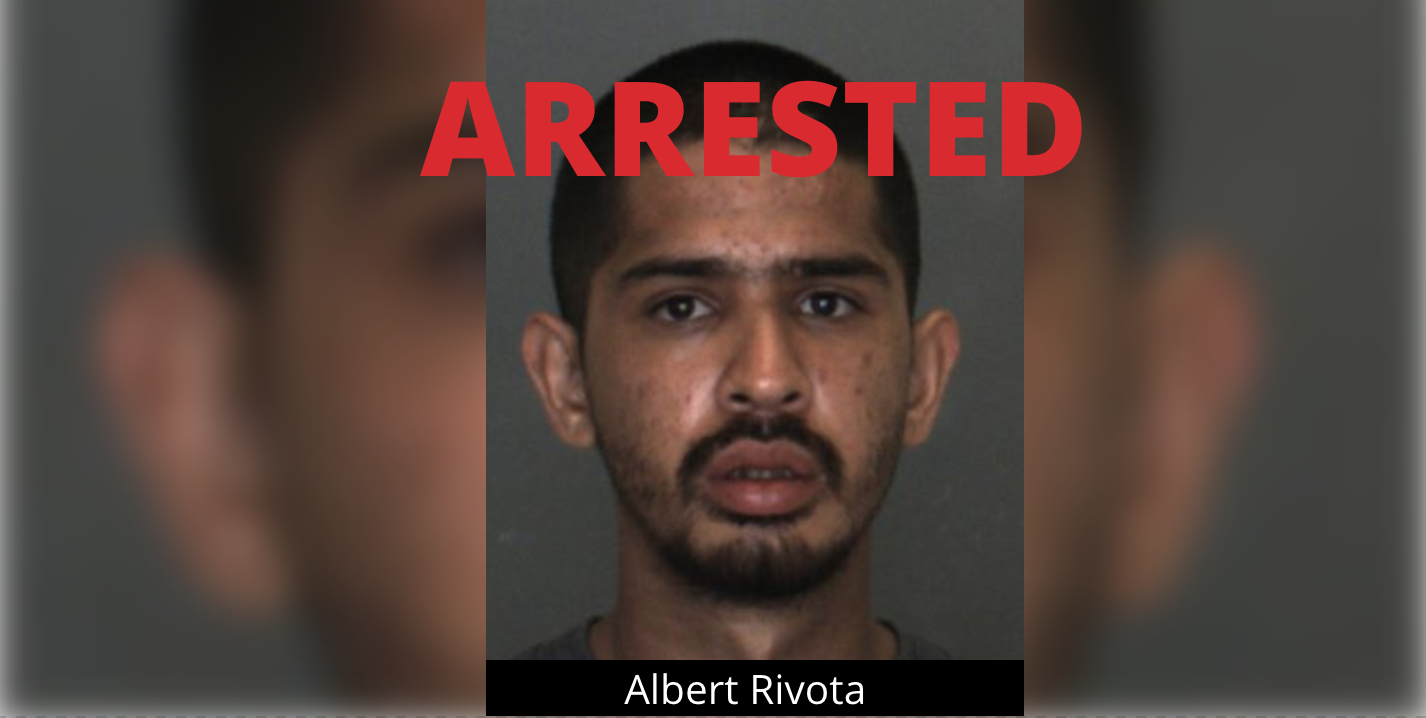 VICTORVILLE, Calif. (VVNG.com) — A suspect wanted for the attempted murder of his alleged girlfriend was arrested in Victorville on Thursday, officials said.

Albert Rivota, 25, of Adelanto was being sought after he violently assaulted and stabbed a 24-year-old woman numerous times.

It happened on Sunday, October 14, 2018, just before 7:30 pm, Victorville deputies were dispatched to a domestic disturbance call in the 16700 block of A Street.

Upon arrival, deputies located the female victim who had been beaten and stabbed several times by her boyfriend after a verbal argument, officials said.

A Good Samaritan who witnessed the assault grabbed a baseball bat and stepped in to stop the violent attack from continuing. Rivota ran from the scene before deputies could arrive.

According to a sheriff’s news release, “on October 17, 2018, deputies from the Victorville Police Department served a warrant in the 16700 block of A Street, in Victorville. During the service of the warrant, deputies located Albert Rivota and took him into custody.”

Rivota was booked at High Desert Detention Center for the October 14, 2018, attempted murder of the female victim. His bail is currently set at 1 Million dollars and he is scheduled for arraignment in a Victorville courtroom on October 19, 2018.

“We would like to thank all the citizens that provided information on this case and encourage any others who have information to contact Detective M. Gardea at the phone number below,” stated the release.

Woman stabbed and beaten by boyfriend airlifted to trauma center