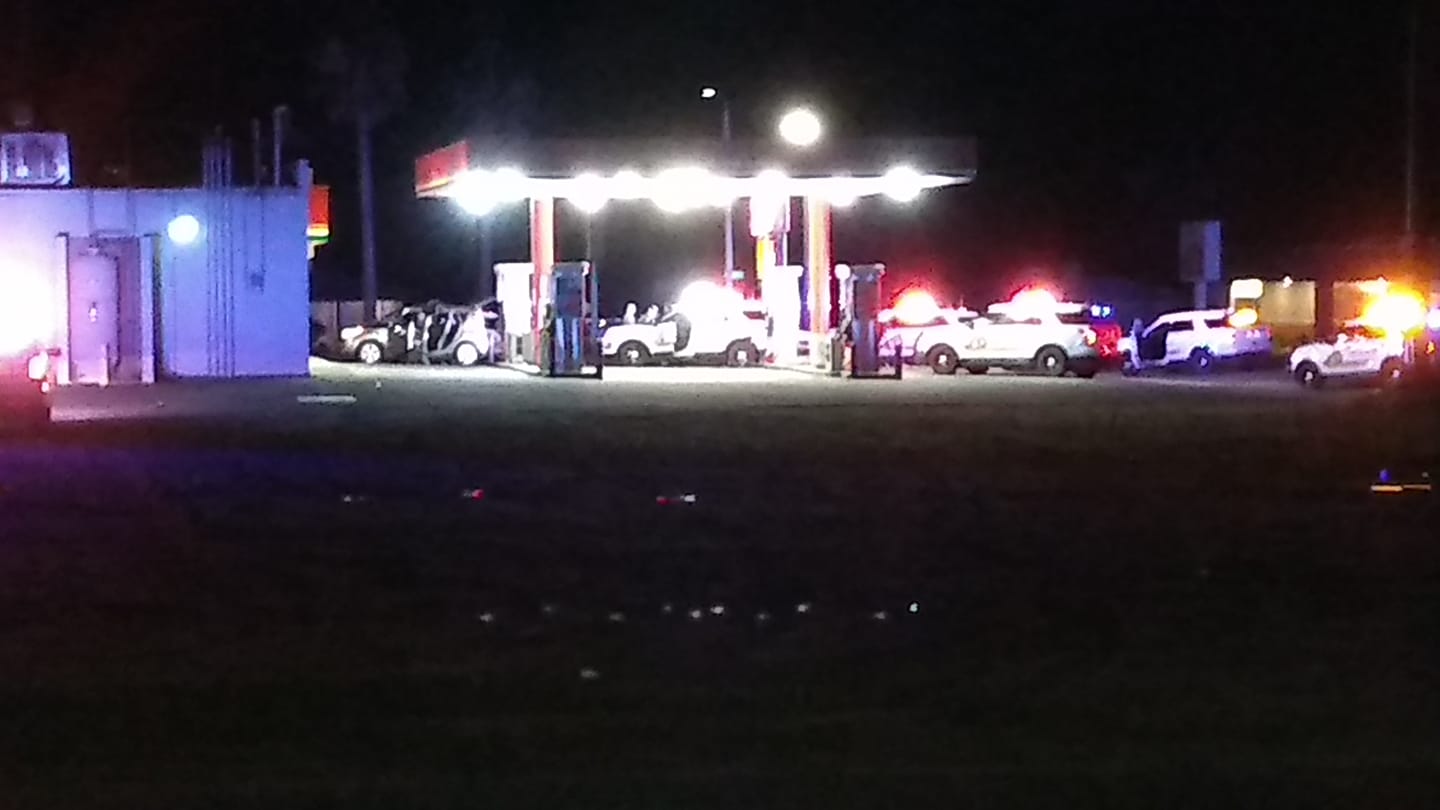 Officers recognized the vehicle as being stolen out of the City of Apple Valley, officials said.

“Deputies attempted to engage a traffic stop on the vehicle; the vehicle failed to yield and a small pursuit ensued,” stated Sheriff’s spokesman Edgar Moran.

The pursuit came to an end when the vehicle yielded in the parking lot of the Fast Strip gas station at Main Street and 5th Avenue.

Deputies made contact with the driver identified as John Battle, 33, and detained him. He was found to have a warrant out of the City of Monrovia.

According to Moran, “a small bag containing methamphetamine, a firearm magazine, and several rounds of 9mm ammunition were found inside of the vehicle.”

During the pursuit, deputies saw the Moran place his arm outside of the driver side window. “An area check was conducted where Battle placed his arm of the vehicle during the pursuit and a 9mm handgun was found,” stated Moran.

His bail is set at $100,000 bail and is scheduled for arraignment inside a Victorville courtroom on November 28, 2018. Battle is being held on an additional $25,000 bail for the following charges HS11377 Possession of Methamphetamine, and HS11364 Drug Paraphernalia.