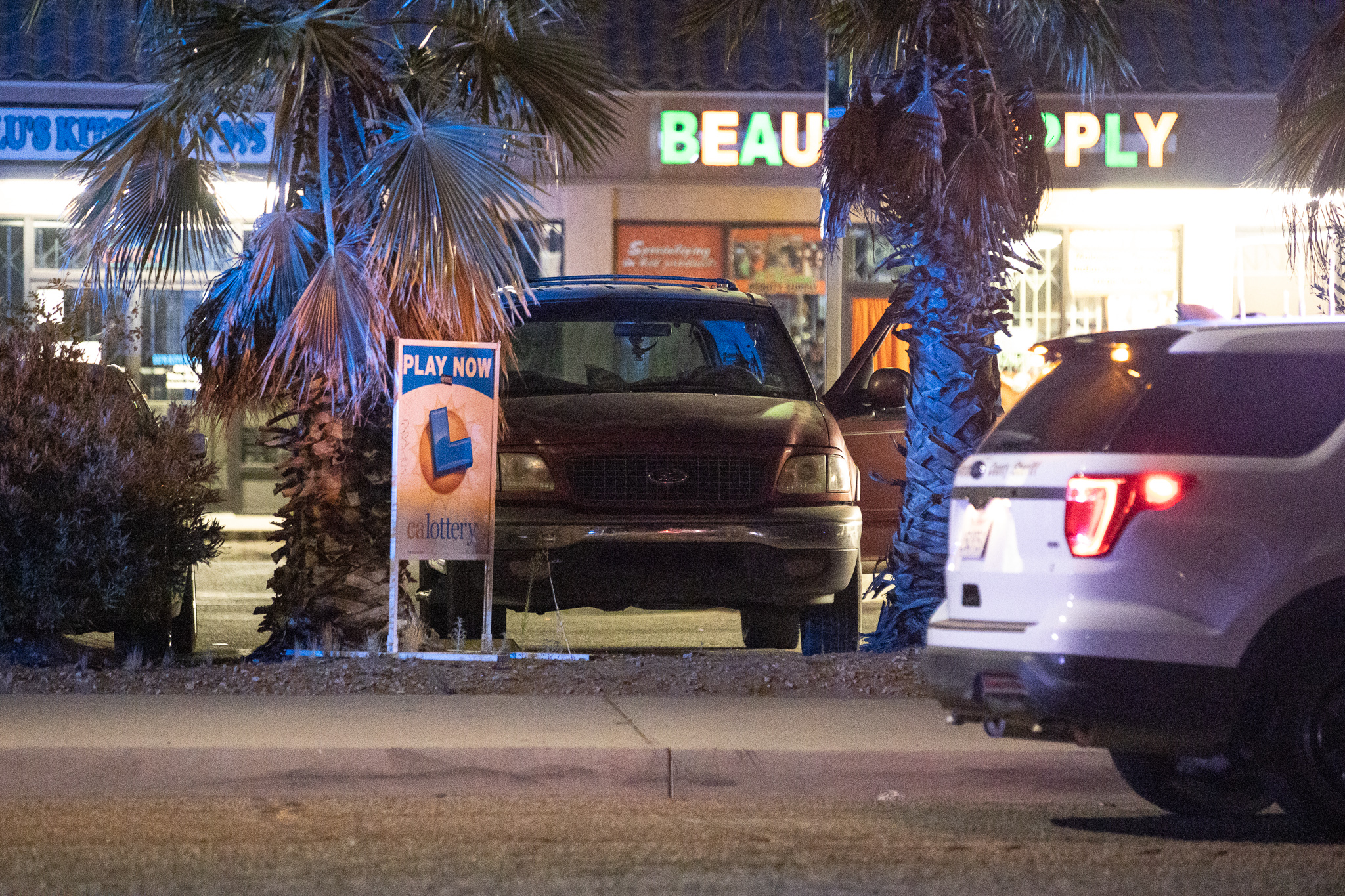 ADELANTO, Calif. (VVNG.com) —Authorities arrested a suspect on post-release community supervision after he shot and killed a 29-year-old Adelanto man outside a liquor store Wednesday.

The suspect, Patrick Coleman, of Adelanto, was taken into custody at a residence in the 10900 block of Aztec Lane on September 5th.

Coleman was on the run for nearly 24 hours after he allegedly shot and killed his victim, Joel Lopez, of Adelanto, outside Michael’s Liquor at the corner of Bellflower and Bartlett Avenue in Adelanto.

Officials said deputies found Lopez suffering from an apparent gunshot wound and emergency personnel pronounced him deceased at the scene.

Witnesses told a VVNG photographer that prior to the shooting both men were involved in a verbal argument near the victim’s SUV parked in the parking lot of Michael’s Liquor. According to a witness who did not want to be identified, after the first argument, a second argument closer to the liquor store sidewalk occurred and that’s when the victim was shot in his head.

Sheriff’s officials have not released any additional details into the ongoing investigation.

According to public court documents, Coleman was previously sentenced to five years in prison for Assault with a Firearm after he shot at an Adelanto man who sold him a car the broke down in 2011. After the shooting, Coleman fled the high desert and was arrested several months later in New York. He served two years and eight months, which included conduct credit before he was released on probation.

At the time of his prior firearm conviction, Coleman was already on felony probation for a DUI charge also in 2011.

Patrick Coleman was booked into the Central Detention Center for PC 187 Murder. He is scheduled to appear in a Victorville courtroom for preliminary arraignment on September 10th.

Anyone with information about this incident is urged to contact the Specialized Investigations Division, Detective Max Kunzman at (909)387-3589. Callers can remain anonymous and contact We-Tip at 800-78-CRIME or www.wetip.com.