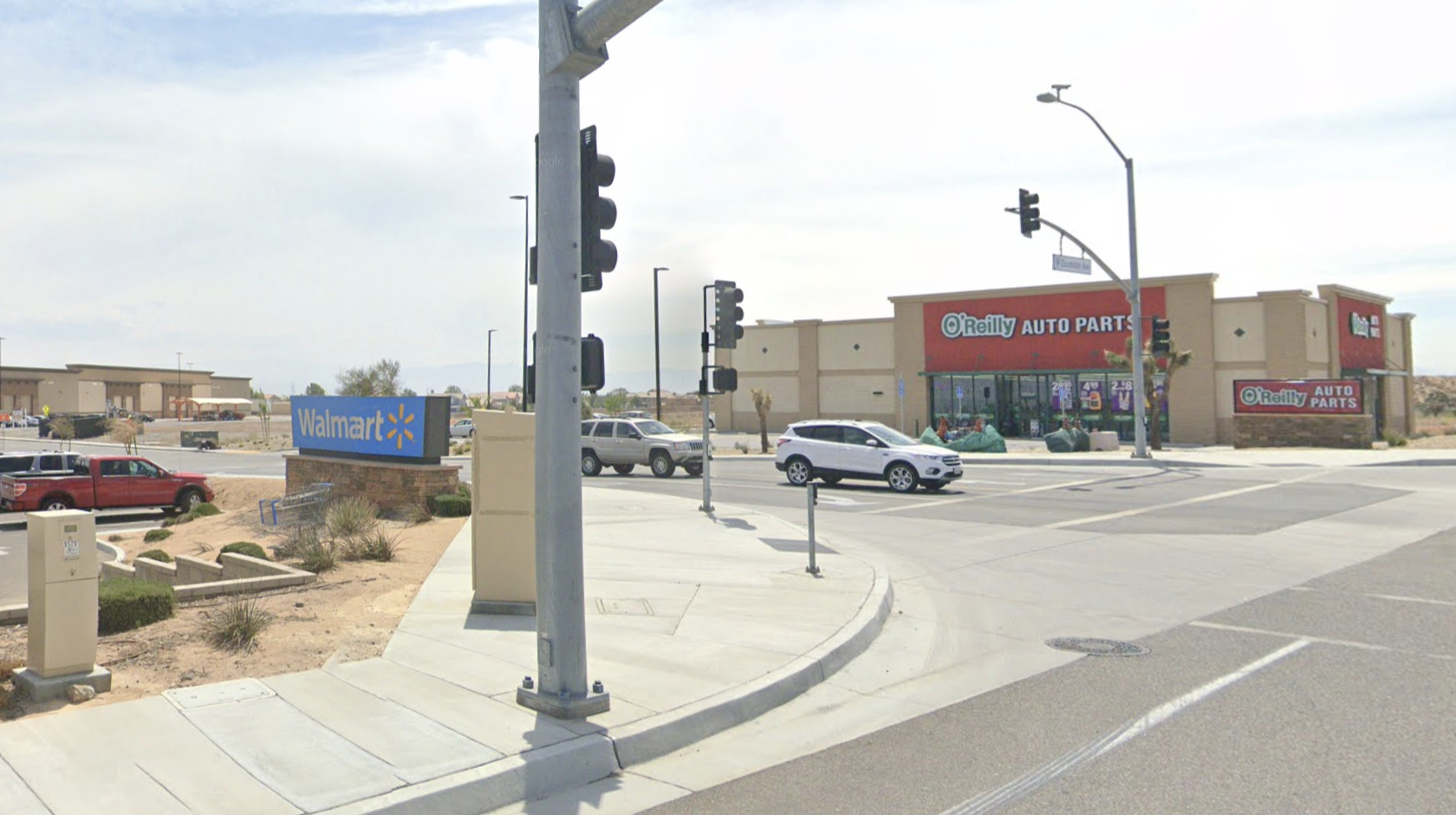 HESPERIA, Calif. (VVNG.com) — People shopping in Hesperia on Tuesday evening feared the worst after a man armed with a shotgun was seen walking near the Walmart shopping center.

Deputies made contact with the man identified as John Sebastian Waller, 48, inside the business.

“Waller told deputies that he was involved in a verbal argument with his girlfriend in a nearby parking lot. He then exited the vehicle and grabbed a loaded shotgun out of the trunk because he did not want his girlfriend to make any “irate decisions” with the gun. Waller unloaded the gun and threw the ammunition in a nearby bush,” stated Moran.

Moran said when Waller attempted to place the unloaded gun back in the truck, his girlfriend sped off leaving him there.

“Waller then decided to walk across the street to the O’Reilly’s to have a staff member place the gun in a safe place,” said Moran.

People in the busy shopping center and other’s driving by saw the male with his gun causing many to panic and assume the worse.

“I thought he was planning to attack Walmart. You just never know,” said one person. “With the way things are everywhere you have to always be alert,” stated a woman who asked not to be named.

Earlier this month a gunman opened fire at an El Paso, TX Walmart killing 20 and injuring 26 others. The senseless and tragic crime has shaken many people across the nation, including right here in the Victor Valley.

Waller was arrested and booked into High Desert Detention Center for PC26350(a)(2) Carrying Unloaded Handgun in Public. According to public booking logs, Waller was cite released and is no longer in custody with no scheduled court appearance.

In 2012, the California State Assembly decided to take a tougher stand against the carrying of firearms in public. Prior to then, it had been legal for anyone (aside from those prohibited by prior felony conviction) to carry an unloaded weapon in public, provided that the weapon was not concealed. However, as of January 1, 2012, according to California open carry laws under California Penal Code 26350 PC, it is a crime to openly carry any firearm in public, even if the gun is unloaded.