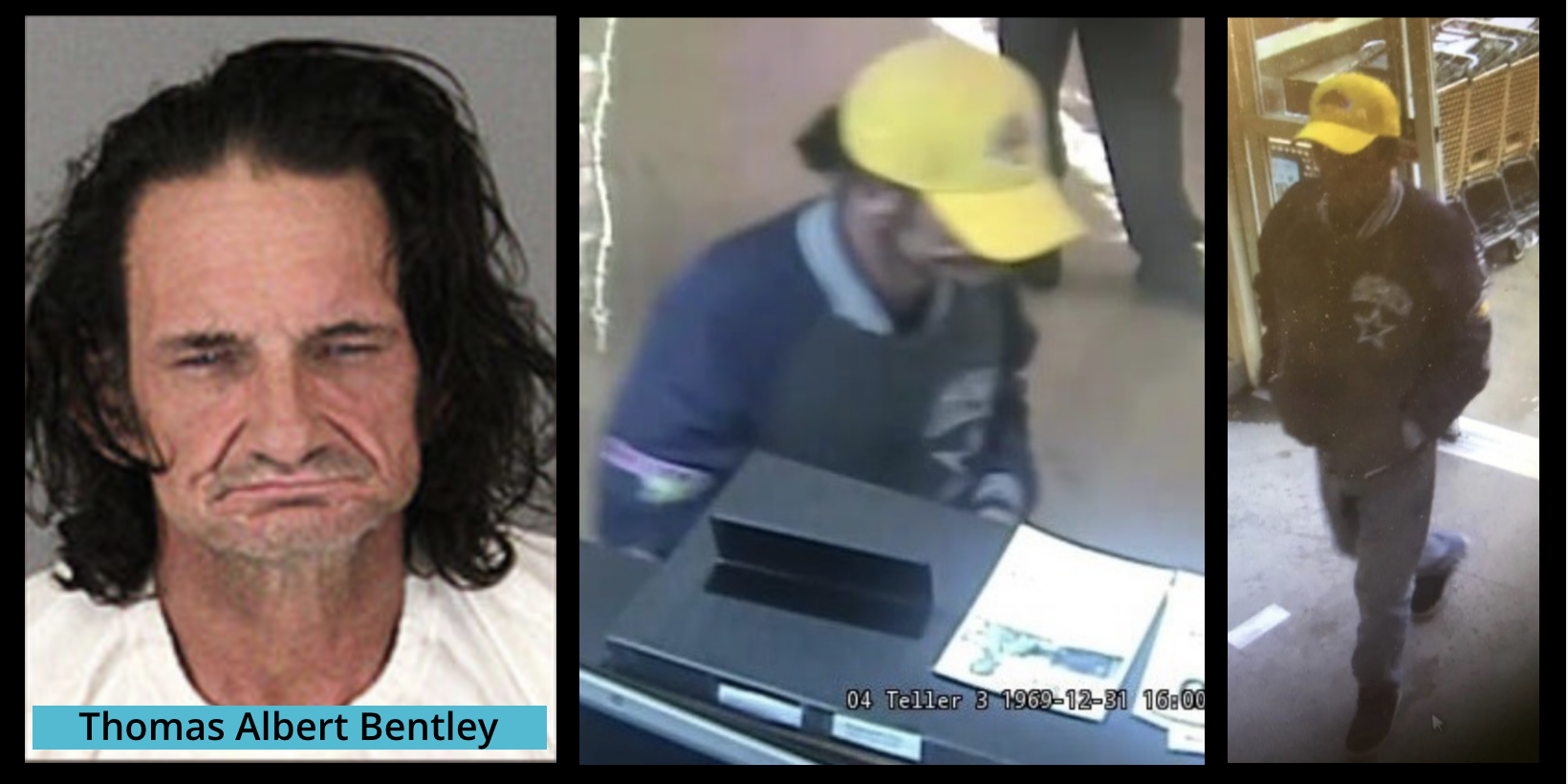 Thomas Albert Bentley, 56, of San Diego, was arrested after he robbed a Chase Bank in Temecula on Saturday, January 19, 2019.

In a social media post, the Temecula Police Department poked fun at the suspect and said:

NOTE TO SELF:  If you’re gonna rob a bank, and your car battery is dead when you ran from the bank with the money, and it took you too long to charge the battery so everyone got a very good look at your car, and you drove right to a local casino to spend your money, and you park your car in an obvious location where everyone can see it in the parking garage, maybe do not then wander around looking shifty, to spend “your newfound cash.”

According to a Myvalleynews.com article, Bentley was arrested a short-time later at the Pechanga Resort Casino where he fled to spend the money.

Bentley was found to be the same suspect who committed the robbery at a Chase Bank in the 8100 block of Milliken Avenue in Rancho Cucamonga on Friday, January 18, 2019.

In that incident, the suspect walked up and handed the teller a note stating the bank was being robbed, and he had a gun. The teller gave the suspect an undisclosed amount of cash, and he fled southbound from the bank.

The suspect was described as a white male adult wearing a beanie, a black zip-up sweater, and blue jeans.

According to authorities, Bentley is believed to be the same serial robbery suspect from several Las Vegas bank robberies and a Victorville bank robbery, occurring since January 3, 2019.

On January 14, 2019, a U.S. Bank inside the Vons in the 12100 of Bear Valley Road was robbed. Officials said, the suspect approached the teller window and gave the teller a bag with a message on it instructing the teller to put money inside the bag.

Although the suspect did not brandish any weapons during the robbery, he did imply that he had a weapon. After receiving the money, the suspect left the location.

The suspect was described as a White or Hispanic male, between 40 and 60 years old, with long brown hair and a mustache.

Bentley was arrested and is being held on $500,000 bail in Riverside County.

Anyone with information regarding this investigation is urged to contact the Rancho Cucamonga Police Department. Callers wishing to remain anonymous can call the We-tip Hotline at 1-800-78-CRIME (27463), or you may leave information at www.wetip.com.