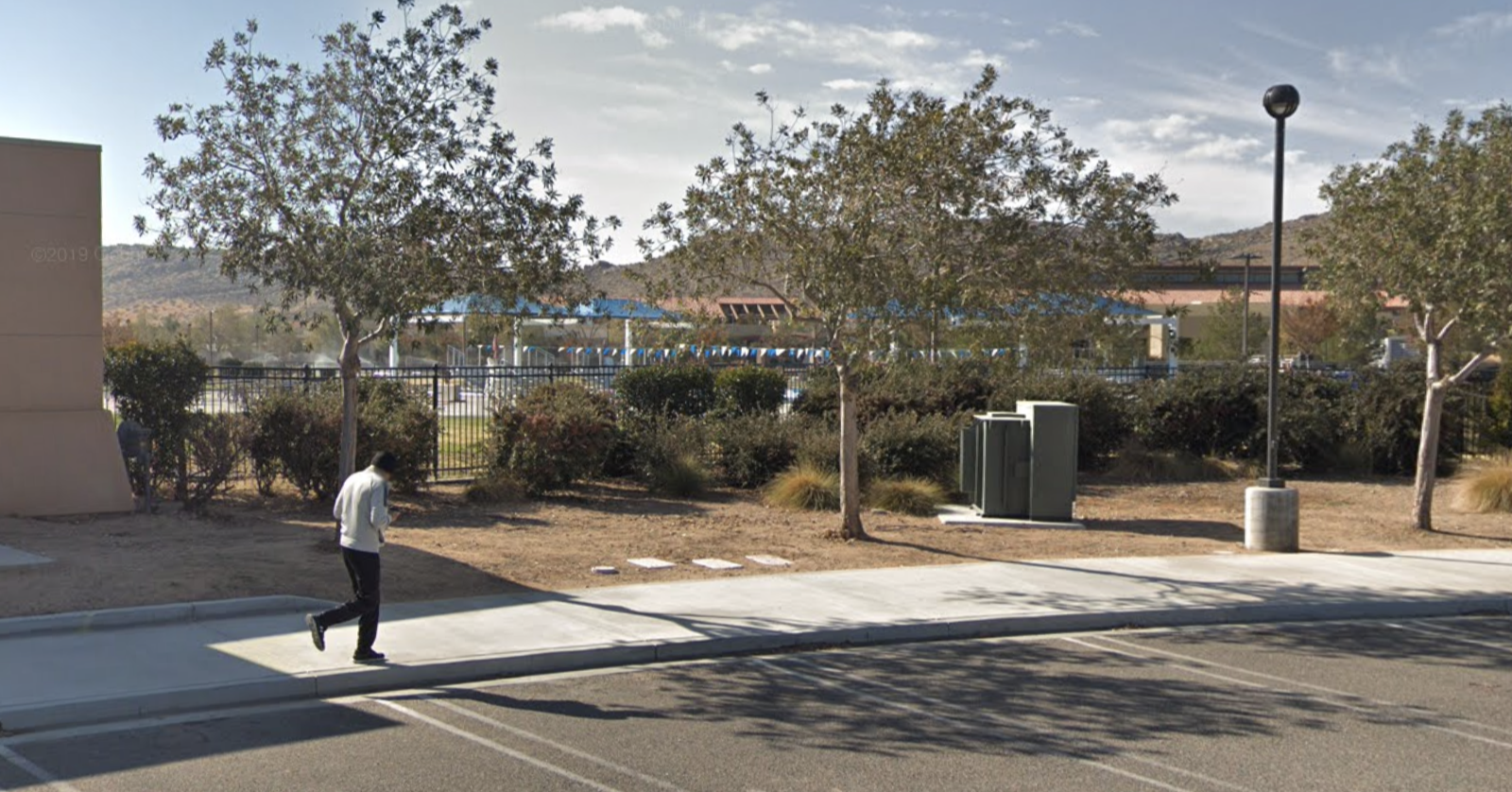 APPLE VALLEY, Calif. (VVNG.com) — A man who allegedly attempted to touch children at a pool in Apple Valley’s Aquatics Civic Center was arrested after biting a police officer, officials said.

It happened on Tuesday, July 2, 2019, at 2:11 pm, when Deputy Tyler Loup of the Apple Valley Police Department was flagged down by citizens at the center located in the 14900 block of Dale Evans Parkway.

According to a sheriff’s news release about the incident, “a white male subject in the pool area was allegedly attempting to touch children inappropriately.”

Deputy Loup spoke with several adult patrons of the Aquatic Center, who pointed out a subject later identified as 28-year-old Steven Basulto, as the person who was attempting to touch the children.

“When Loup contacted Basulto, he acted erratically and refused to answer any questions. Loup attempted to detain Basulto and place him in handcuffs. Basulto became physically combative and during the struggle to handcuff Basulto, he bit the deputy’s hand, causing injury to a finger,” stated the release.

Apple Valley Deputies responded to assist and were able to safely detain Basulto without further incident.

Deputy Loup was transported to the hospital to be treated for his injury sustained during the altercation.

Basulto was booked at High Desert Detention Center for assault/resisting an executive officer.

The Town of Apple Valley posted about the incident on the town’s official Facebook page at about 6:30 pm on Tuesday, July 2, 2019.

This afternoon there was a report of a suspect acting suspiciously around children at Civic Center Aquatics Center. Recreation staff were alerted, and a Sheriff’s Deputy responded immediately. During the contact the suspect attacked the deputy. The suspect was removed from the park and has been arrested. The pool has resumed normal operating hours. The Town is grateful for the vigilant actions by Recreation staff and the immediate response by the Apple Valley Police Department.

Sheriffs officials said the investigation reference any victims being touched or assaulted by Basulto is ongoing and anyone with information is encouraged to contact Deputy Tyler McGee at 760-240-7400.