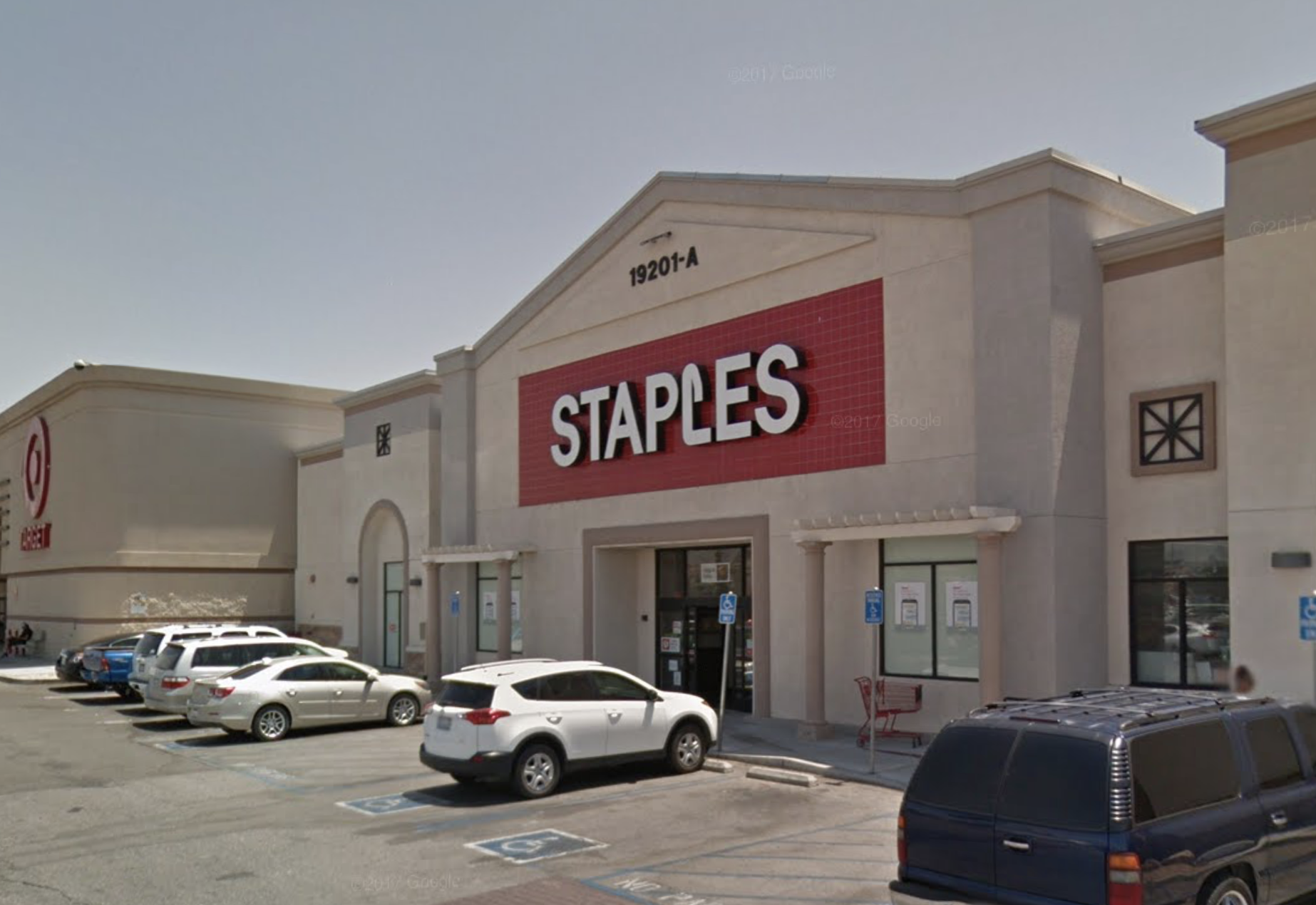 It happened Sunday night when deputies responded to the Staples store at 19201 Bear Valley Road in Apple Valley regarding a robbery.

“When deputies arrived, they learned the suspect selected multiple items from the store and during contact with the cashier, brandished a firearm and ordered the cashier to give him a laptop computer,” sheriff’s officials said in a news release.

The suspect grabbed the stolen property and fled the scene in a dark-colored vehicle.

Through investigation, deputies identified Joseph Soto, a documented gang member, as the suspect. Soto was arrested during a search warrant at his Victorville residence. He was found to be in possession of stolen property, officials said.

Soto was booked into High Desert Detention Center for robbery and a gang allegation and is being held in lieu of $100,000 bail.