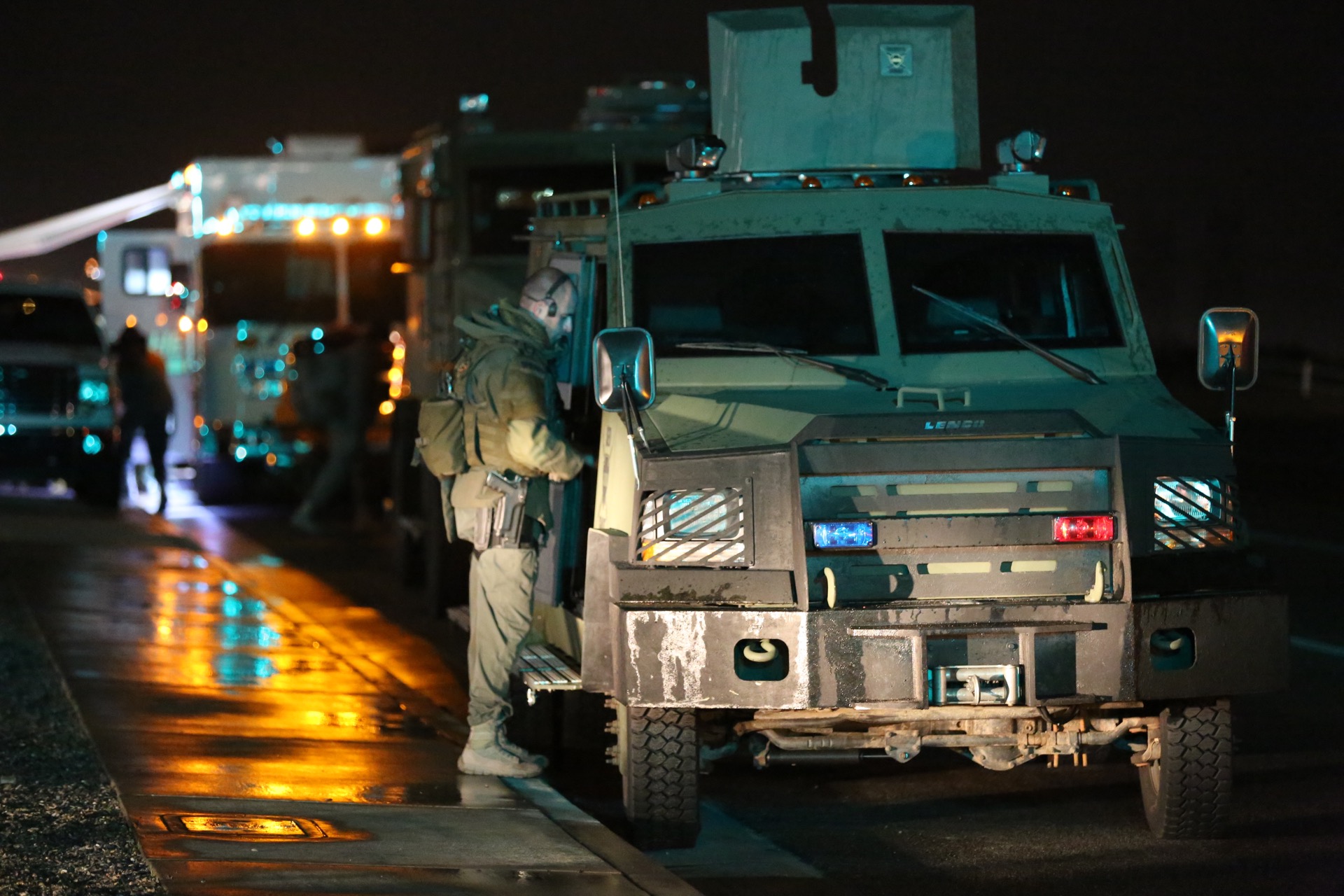 VICTORVILLE, CALIF.(VVNG.com)- Four suspects were arrested after a standoff in a quite Victorville neighborhood that lasted several hours.

The standoff is related to a home invasion robbery that occurred in the 14800 block of Apple Valley Road at about 8:15 p.m. on Saturday, October 29th, authorities said.

“Upon arrival, deputies found several victims who had been held against their will while 4 black male adults ransacked the house looking for money and other valuables,” stated San Bernardino County Sheriff’s Deputy Adam Cervantes.

One of the victims was able to call police after the suspects left the residence.

Deputies tracked the suspects to a location on the 12700 block of High Vista Street in the Spring Valley Ridge community of Victorville where they encountered several suspects.

“The suspects fled, however, two of them were caught immediately,” stated Diaz.

Per scanner reports, two other suspects fled into a residence where they barricaded themselves. A sheriff’s helicopter responded and assisted a multitude of ground deputies. They established a perimeter surrounding the residence.

Ridgecrest Road was closed in both directions between Pahute Avenue and Pebble Beach Drive till about 10:00 a.m. Sunday morning.

Service of the warrant led to recovery, of property taken from the victim’s residence as well as the arrests of two additional suspects.

“Investigators do not believe there are any outstanding suspects at this time,” stated Diaz.

One of the subjects was treated for injuries, however, the extent of the injuries is not known.

The investigation is ongoing at this time and no further information is available.