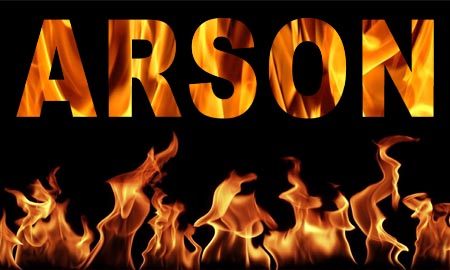 On May 1, 2017 at about 8:07 p.m., the California Highway Patrol and the San Bernardino County Sheriff’s Department received multiple 911 calls reporting a male attempting to start a fire on Highway 18 just below the Highway 138 cut off in the county area of Crestline.

Officers from both agencies responded to the scene along with Cal Fire and US Forestry Fire.

Numerous additional 911 calls were received reporting the subject was armed with a firearm, carrying an axe, and throwing rocks at a vehicle on the highway.

Baptiste ran down the highway, fled over the side, and headed down toward Lower Bonnie Canyon. He lit an additional fire in the dense brush of the canyon, below the highway, authorities said.

Highway 18 was closed and all traffic was evacuated due to the fire and armed subject.

A perimeter was established as helicopters from the Sheriff’s Department and Highway Patrol used FLIR to search for the subject in the dense brush.

Benjamin Andrew Baptiste, was located on the side of Highway 18, within a half mile of Old Mormon Road, by deputies. Baptiste was taken into custody without incident.

Baptiste was treated by medical personnel for multiple lacerations from the brush and for burns to his hands and arms.

Baptiste was booked into the West Valley Detention Center on multiple counts of arson.
If you have any information regarding this investigation, please contact Deputy Brian Butts at the Twin Peaks Station, (909) 336-0600 or WeTip 1-800-78-CRIME.